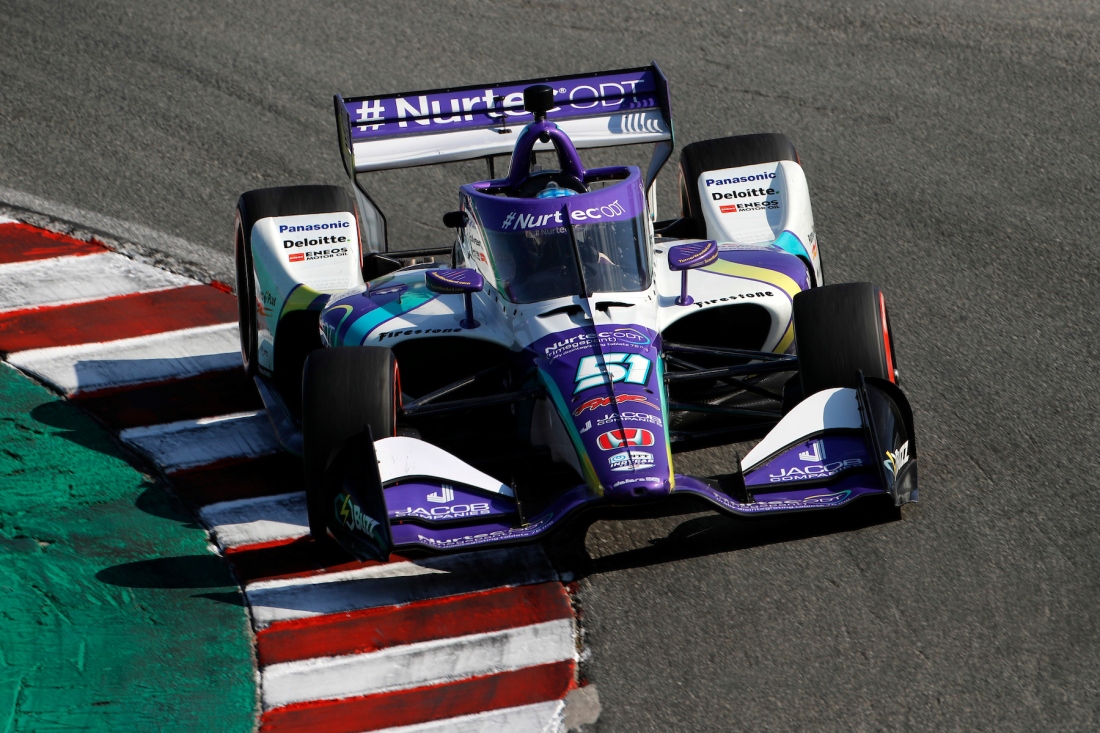 Salinas, CA (Sunday, September 11, 2022) – Takuma Sato (#51 Nurtec ODT- Dale Coyne Racing with RWR) didn’t have the race he wanted at the season finale but reflecting back on highlights of the year he ran strong at Indy, Texas and Gateway and brought a wealth of knowledge and experience to the team.

Takuma Sato #51 Nurtec ODT Honda – Dale Coyne Racing with RWR
“The final race of the season was a really long one! I had a very good start. Strategy-wise it was a mixture across the field. Because of tires a lot had to do the four-stop strategy but we stuck with the three stop and didn’t quite have the pace. Plus, I had a little tangle with another car, and I already had some issues with my thumb but now it’s officially broken. So not a good day. I tried hanging on. Thank you to everyone for all the support. The 51 boys at Dale Coyne Racing with RWR, it was a privilege to have a great season with them. It’s a shame that we didn’t have a good finish today but it was great fun and I’m really happy to be a part of the team.”