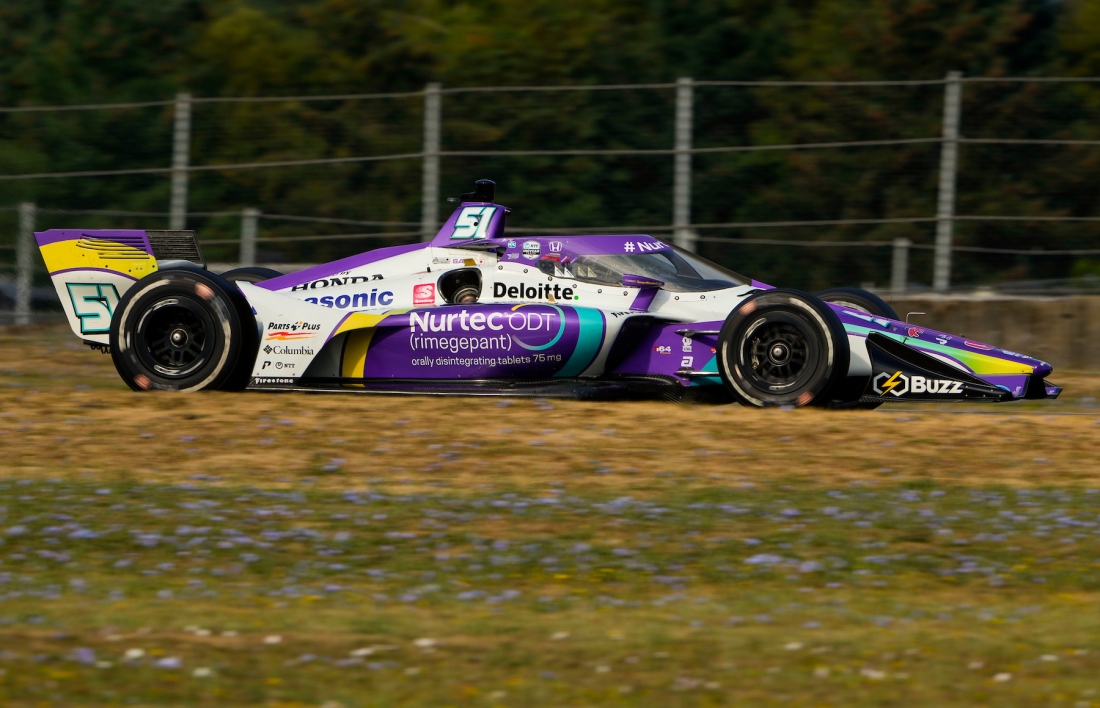 Portland, OR (Saturday, September 3, 2022) – Takuma Sato (#51 Nurtec ODT- Dale Coyne Racing with RWR) is hoping to repeat his performance from the 2018 Grand Prix of Portland where he moved up from 20th on the grid to take the win after placing 22nd in the starting lineup for the Grand Prix of Portland.

Takuma Sato #51 Nurtec ODT Honda – Dale Coyne Racing with RWR
“We had a bit of a scary issue in practice yesterday and I lost a lot of track time, so I lost the chance to try the red Firestone tire. The only chance I had was this morning in practice, so it was a little bit challenging for us going into qualifying. We did try hard. The outcome wasn’t what we wished but the 51 Nurtec ODT car was pretty good in the final practice, and I feel much more positive after moving up to 13th in that session. I think we are wide open strategy wise. We can do many, many things and we can still overtake so I look forward to tomorrow’s race.”