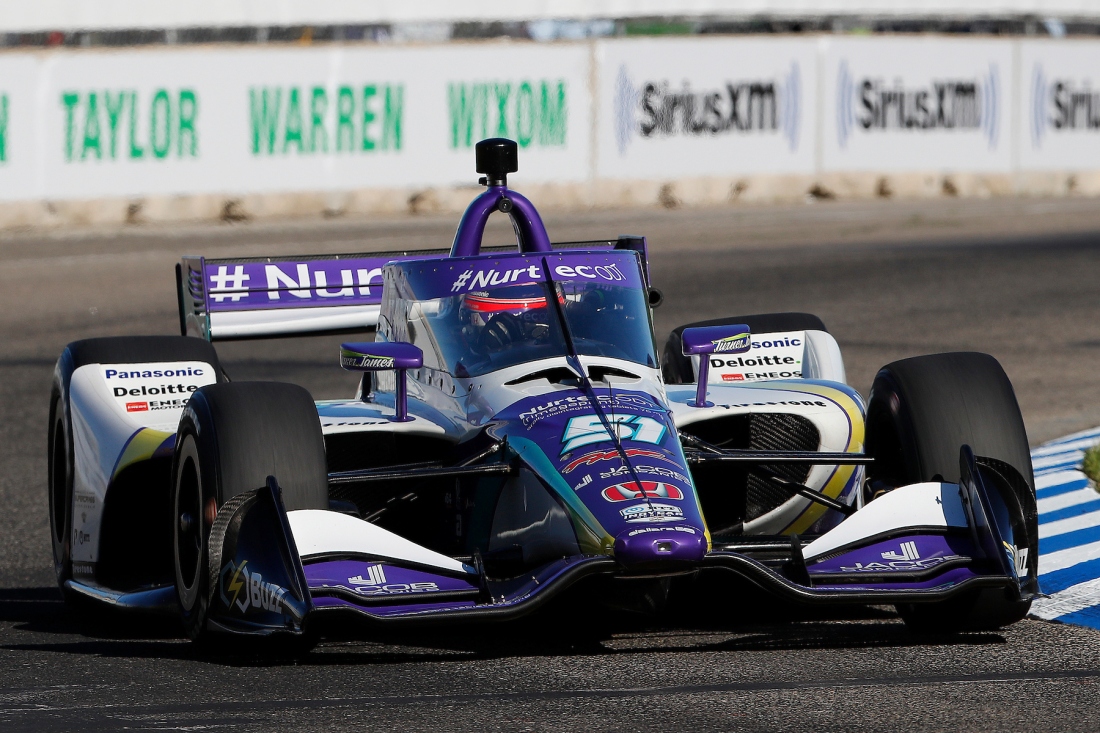 Detroit, MI (Saturday, June 4, 2022) – Takuma Sato gave himself and his Dale Coyne Racing with RWR team their best start so far this season by registering the second fastest lap in Saturday’s Firestone Fast 6 qualifying for the Detroit Grand Prix aboard his #51 Nurtec ODT (Rimegepant) Honda.

Takuma Sato #51 Nurtec ODT Honda – Dale Coyne Racing with RWR
“We’re really proud of the Dale Coyne Racing team. David (Malukas) pushed me so hard in the first two rounds and I was finally able to hook up quite a good lap on in the Firestone Fast Six. That was quite satisfying! We always knew that we had the speed, I just wasn’t able to put everything together aboard our Dale Coyne Racing with RWR Nurtec ODT Honda until that point. We were quite positive heading into the weekend, carrying the momentum from Indy. Everyone on the team is really happy, it’s an absolutely great team effort.”