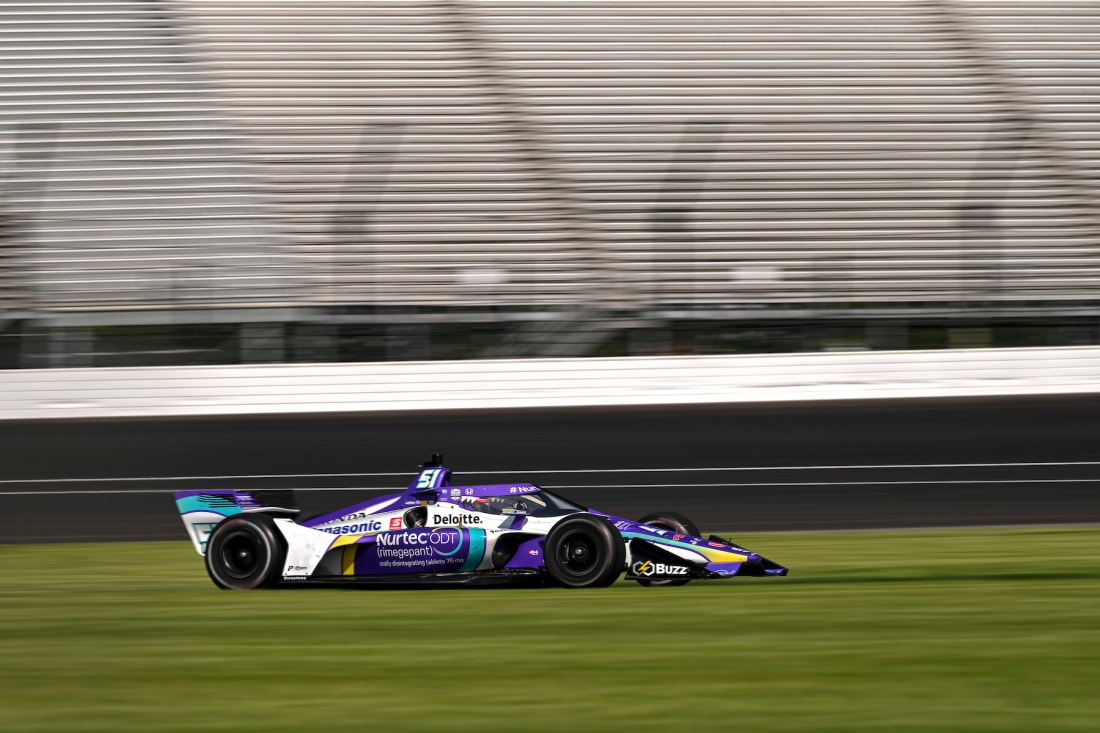 INDIANAPOLIS (Saturday, May 14, 2022) – Takuma Sato and his #51 Nurtec ODT Dale Coyne Racing Honda picked up his best finish of the season on Saturday climbing up to a seventh place in the GMR Grand Prix after falling as far back as 23rd in a wet and wild race.

Takuma Sato #51 Nurtec ODT Honda – Dale Coyne Racing with RWR
“That was a wild race. But it was great fun. We went back and forth and moved up as high as fourth, and that was a legitimate fourth. I think Colton (Herta) the two McLarens and myself were leaving the group behind. I think it looked pretty cool at the time but then on a later restart one car spun and to avoid it I went into the wet grass on dry tires and that was the end of the story as I spun. I felt really bad for the boys and basically went to the back of the field. Then, the rain helped me in the end. We unlapped ourselves and we put our head down and got the job done, finishing P7. It was such a dramatic race. The #51 Nurtec crew did a fantastic job to help me get me back up the field and I was able to push really hard battling side by side with very good drivers. There was some good overtaking. It’s a shame we had that moment but other than that it has given us great momentum to carry into the Indy 500.”