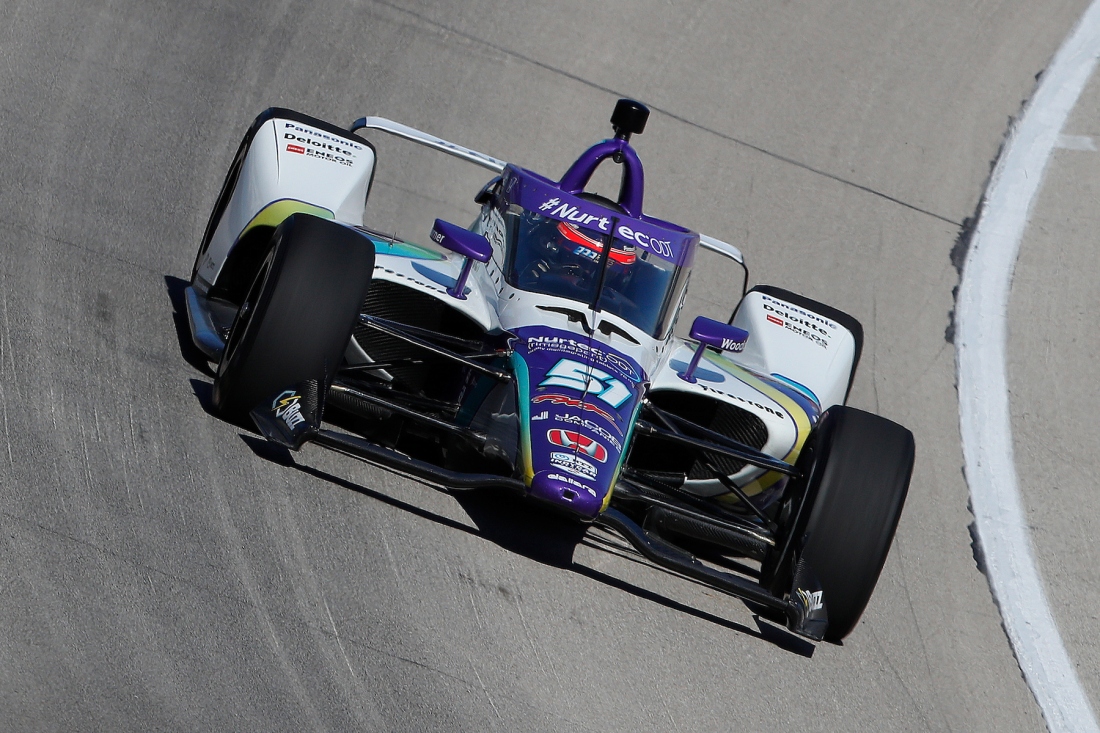 Fort Worth, TX (Sunday, March 20, 2022) – Takuma Sato saw his strong start to the XPEL 375 at Texas Motor Speedway come to an early end after contact from another driver pushed him towards the wall.

Takuma Sato #51 Nurtec ODT Honda – Dale Coyne Racing with RWR
“We had mixed feelings today. Obviously disappointed to not finish the race but David (Malukas) had an exciting race which was good for the team. We had a very fast car today. At the start, we weren’t very good, but I was able to regain my position moving up from fifth to third. I was able to stretch out our first stint. I think our tire management was better so I led the race in the perfect first stint. Unfortunately, we had a little issue with our teammate in pit lane and I couldn’t get into my box because I was blocked so I lost significant positions. In my second stint, as I was trying to get back to the front I was side by side with DeFrancesco and he had a moment and came up the track and made contact and I ended up damaging my suspension. It’s very unfortunate but the team did a fantastic job this weekend. I’m excited for the next race in Long Beach, we’ll be refreshed, and we’ll try our best again.”