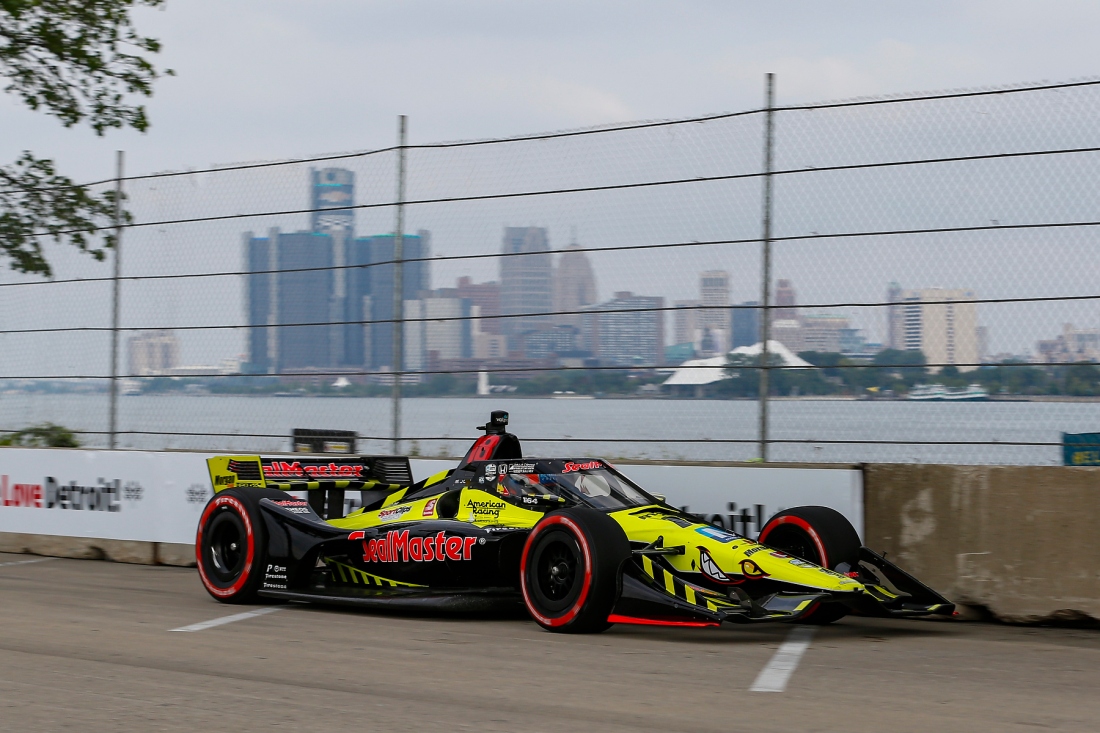 Ed Jones Race Summary:
Ed Jones had a fantastic start to the race picking up five positions, however suffered a shock absorber failure significantly affecting the performance of the No. 18 Team SealMaster Honda, and ruining what was a strong start to Detroit Grand Prix Race 2.

He had a fantastic start to the race picking up five positions.

On lap 12, while running in sixth position, Jones suffered a shock absorber failure.

The failure significantly affected the performance of the car, however Jones fought on bringing the car home in 17th place.

Ed Jones Race Quote:
“We had a fantastic car for the start of the race and were able to make up positions. Then we just lost all pace. We couldn’t understand it. After reviewing the post-race data it’s now clear I lost a damper on lap 12. This track is the worst place to have that happen and I was just holding on. We are working to identify the cause of the failure and with the weekend we had, I’m ready to get to Road America and go racing again.”

Jones earned 13 points today and jumped another position in the 2021 NTT INDYCAR SERIES championship standings (a net total of five spots during the Detroit Grand Prix Doubleheader) to 18th with 113 points.

In 55 career INDYCAR starts, Jones has earned 15 top-10 finishes including three podium performances, third at Indy in 2017, and third at Long Beach and Detroit Race 2 in 2018.

Jones was the 2017 INDYCAR Rookie of the Year and was the top-rookie finisher in the 2017 Indianapolis 500, placing third.