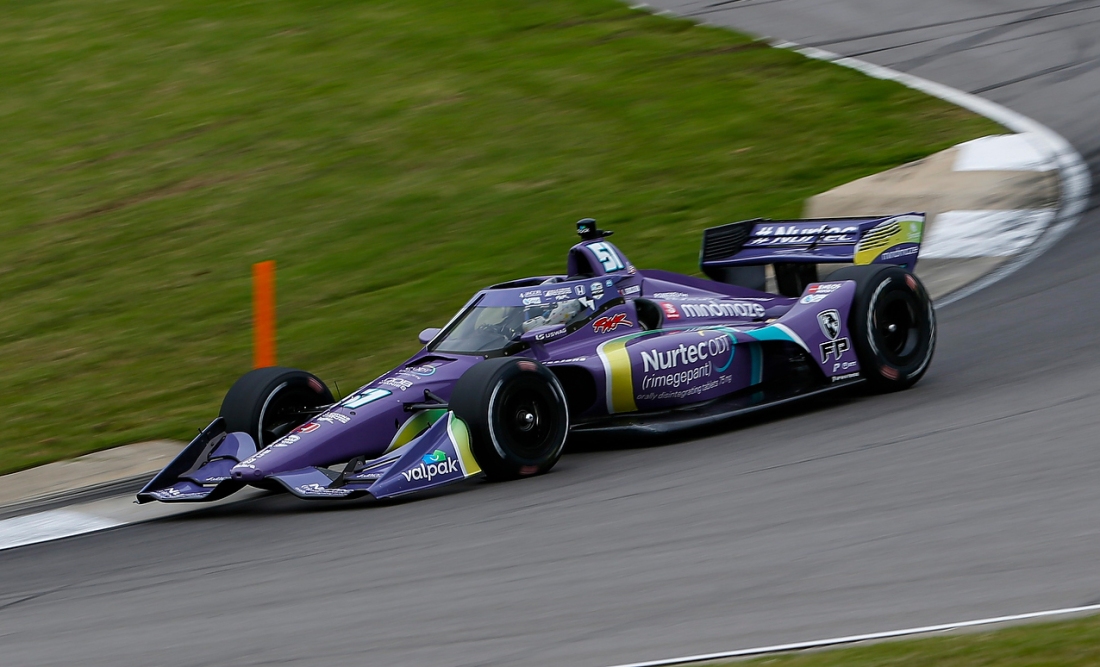 Leeds, Alabama (April 18, 2021) – Dale Coyne Racing with RWR driver Romain Grosjean capped off his birthday weekend and return to racing, 140 days after his Formula 1 accident in Bahrain, with a solid 10th place finish in his first NTT IndyCar Series race on Sunday at Barber Motorsports Park.

The Frenchman who qualified seventh for the Honda Indy Grand Prix of Alabama maintained his position in what was his first rolling start all while avoiding a multicar incident on the opening lap aboard his #51 Nurtec ODT machine.

Grosjean and his team opted to make two stops in what became a fuel strategy race early on. With cars pitting ahead of him, Grosjean moved up to fifth on Lap 18 and was running third when he entered pit lane for his first stop on Lap 33.

Following his stop, Grosjean found himself in 16th but he would quickly make his way back into the top 10 where he continued to run until his final stop on Lap 62.

The driver of the #51 Nurtec ODT Honda would go on to place 10th in his debut NTT IndyCar Series race, as the top finishing rookie.

“It was my first race in the NTT IndyCar Series and my first top 10 finish, so we can be very happy with that,” shared Grosjean “We fought at the front for some time, and we did our best. We learned a lot today, and overall, we can be very proud of our weekend. (About his first rolling start) The rolling start wasn’t pretty! I got caught a little bit, but I just need to get used to it. It’s not easy. You have to get the right timing, but it was fun. Now we move on to St. Pete where we’ll try to do better.”

What a weekend for us @wwtraceway! First podium finish for @davidmalukas and a fifth place for @takumasato_official
New colors this weekend for the 51 car @hondaindy #IndyCar @deloitte @rickwareracing
Don’t miss your chance to meet #TakumaSato and @davidmalukas at the @hondaindy this weekend! #IndyCar
Looking back at our weekend @officialmidohio
Day 1 in Detroit is in the books. #DetroitGP
We’re so proud of what @davidmalukas did at the #Indy500 that we decided to give him his own trophy. Congrats on a great Month of May David!