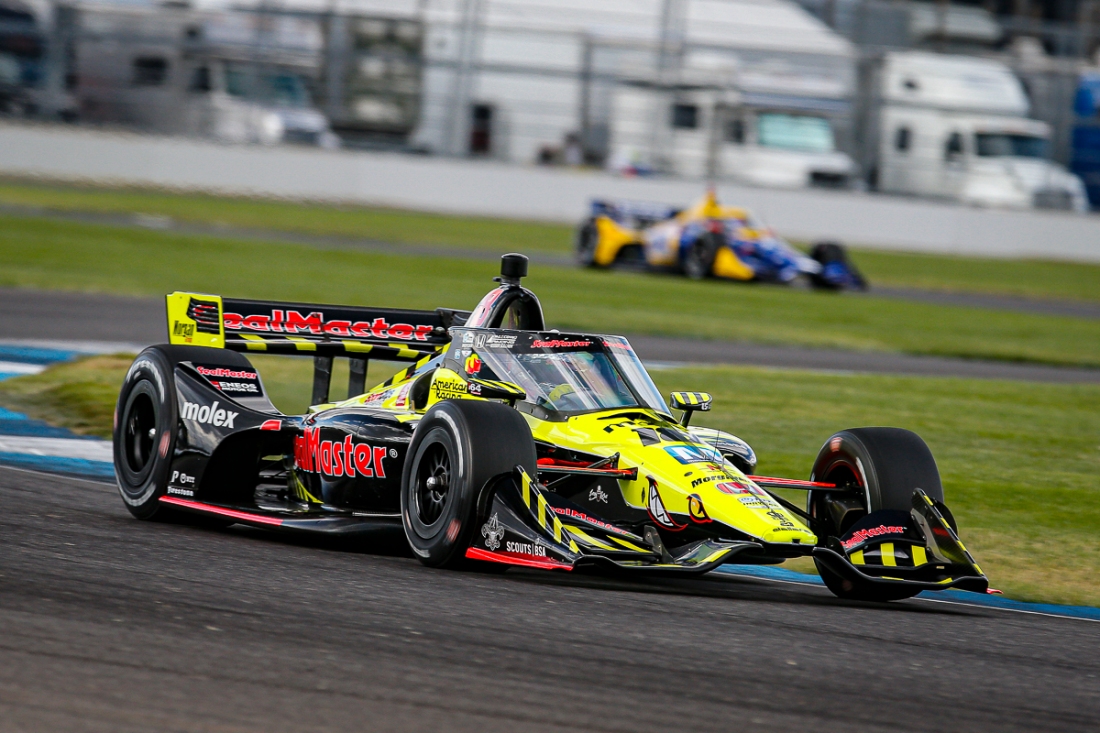 Santino Ferrucci Qualifying Summary Harvest Grand Prix Race 1:
A red flag ended Santino Ferrucci’s qualifying session for the inaugural Harvest Grand Prix Race 1 early before he could turn a single lap on the faster red (Firestone alternate) tires. Ferrucci went out in Group 1 (of two groups) on the black (primary) tires for the first stint like the other 11 drivers in his group. With five minutes left in the 12-minute session, Ferrucci pitted for the red tires, however just as he exited the pits another driver went off-track bringing out a red flag. Unfortunately, time expired before the track went green again. Ferrucci will grid on the 10th row for tomorrow’s race.

Santino Ferrucci Qualifying Quote Harvest Grand Prix Race 1:
“The SealMaster Honda would have been much better on the red (alternate) tires, however the session was not extended after the red flag. We lost a lot of time during the practice session earlier today and unfortunately that hurt us in the cold weather during qualifying. The race tomorrow should be super exciting because of the fans that are here.”

He has finished in the top-10 in five of the 11 races contested during the 2020 season with a season high fourth in the Indianapolis 500, two sixth place finishes, both at Road America, a ninth place showing in the GMR Grand Prix and 10th place finish at St. Louis Race 2.

In three qualifying attempts on the IMS road course Ferrucci has a best starting positon of 14th in 2019. In two previous races he has a best finish of ninth earlier this year.

In 32 career IndyCar starts, Ferrucci has four top-five finishes. Fourth in the 2020 Indy 500 and fourth at Texas Motor Speedway, Pocono Raceway and World Wide Technology Raceway, all in 2019)

Ferrucci, 22, is a native of Woodbury, Connecticut. He resides in Port St. Lucie, Florida.

Next Race:
Round 12 and 13 of the 2020 NTT IndyCar Series season will be the Harvest Grand Prix Doubleheader, October, 1-3, on the Indianapolis Motor Speedway Road Course in Speedway, Indiana