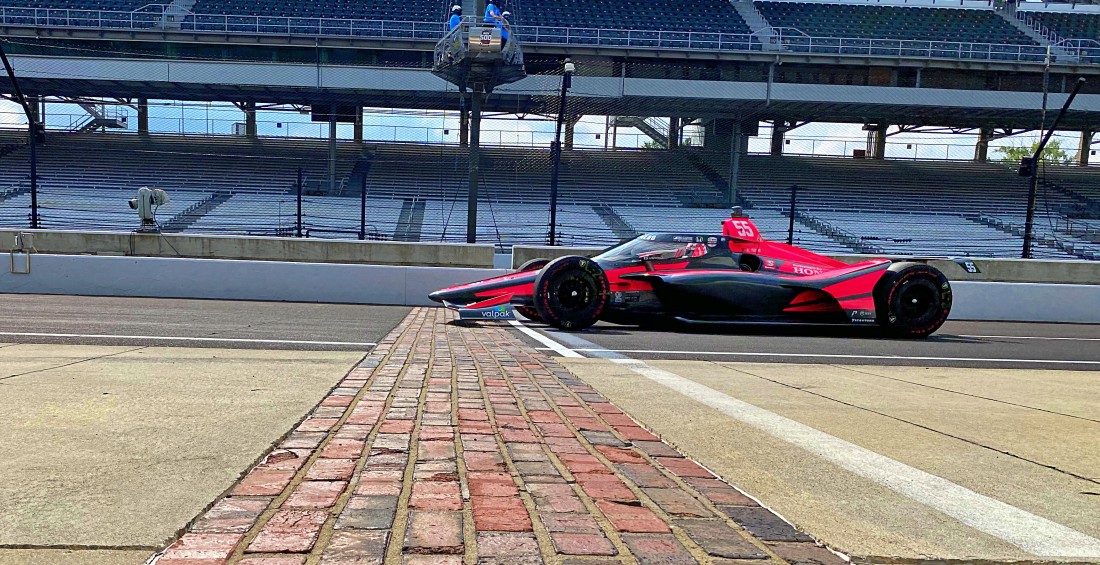 INDIANAPOLIS (August 12, 2020) – Dale Coyne Racing with Team Goh rookie Alex Palou took to the famed Indianapolis Motor Speedway oval for the first time on Wednesday. The driver of the #55 Honda successfully ran through all phases of rookie orientation (ROP) and was 8th quickest out of the 33-car field at the end of first day on track.

Following rookie practice, Palou was able to take to the track with the whole field for a 2.5-hour practice session in which he ran a fastest lap of 223.104mph.

“This is such a different place than the two other ovals I’ve been to. It’s a crazy place, in a good way,” expressed Palou. “That was a lot of fun getting to run with everyone after the Rookie Orientation earlier today. Right now, running alone is easier than with traffic. I think I got really comfortable in the rookie session and again this afternoon running alone. But then I was just getting up to speed running in traffic. I was able to follow the cars ahead of me but I’m still working on overtaking them. I’m taking it one step at a time. We have a full day tomorrow and Friday to keep working on that. I think we have a fast car. The Dale Coyne Racing with Team Goh crew did a really good job on the set up and preparing the car.”

Palou will have two more days of practice on Thursday and Friday with sessions running from 11am to 5:30pm, ahead of Saturday’s qualifying session.

Saturday’s qualifying session will go green at 11am ET and will be streamed live on the NBC Sports Gold app. Fans can also watch the final two hours of qualifying from 3pm to 5pm live on NBC.

Positions 10 to 33 will be determined on Saturday, August 15, while Saturday’s top 9 cars will have a chance at pole position on Sunday, August 16. Sunday’s Fast Nine qualifying will be broadcast live on NBC from 1:00pm to 3:00pm ET.

The 104th running of the Indianapolis will go green on Sunday, August 23 at 2:30pm ET and will be broadcast live on NBC from 1:00pm ET.