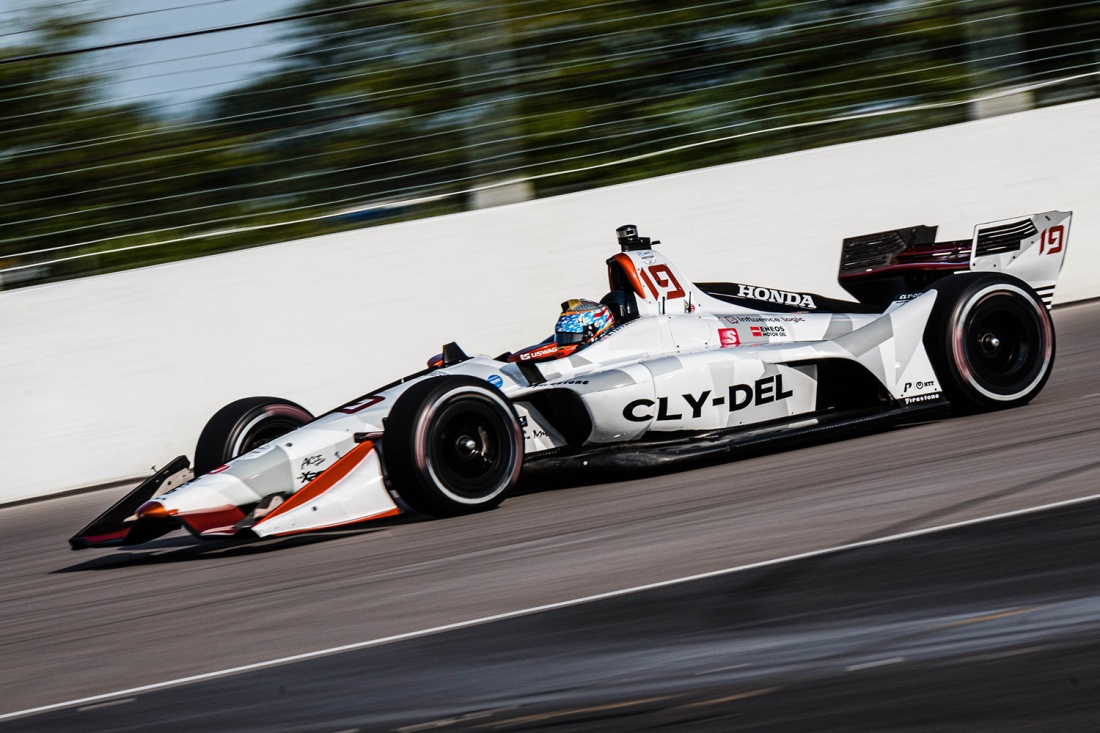 The rookie remained in the provisional pole position until his teammate Sebastien Bourdais knocked him off the top spot a couple of cars later. With nine more cars to go, Ferrucci would end up sixth, and the fastest rookie, once everyone had made their qualifying runs.

“I’m really happy with our qualifying run,” said Ferrucci. “We have good momentum going right now and things are going really well. The car was great in practice this morning and I was confident going into qualifying. I took it a bit easy on the first lap but when I saw how great the track was I pushed harder on the second one. The #19 Cly-Del Manufacturing Honda was awesome in qualifying so hopefully our race car will be as good and we can go out and pass some cars tomorrow.”

Drivers will have one more practice session this evening to fine tune their Indy car ahead of Saturday’s race which will be broadcast live on NBCSN on Saturday, August 24 from 7pm local time (8pm ET).

The final practice session will be streamed live on the NBC Sports Gold App.