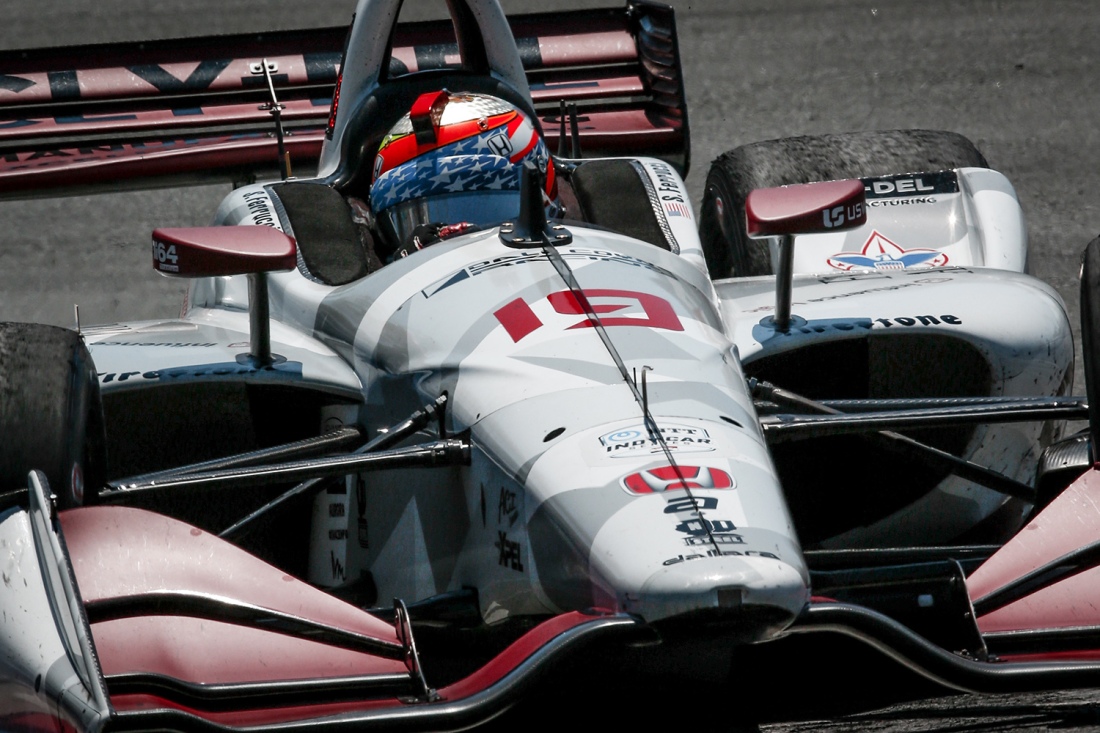 Plainfield, IL (July 24, 2019) – Rookie Santino Ferrucci is taking on a familiar track this weekend when his Dale Coyne Racing team heads to the Mid-Ohio Sports Car Course for the 13th round of the NTT IndyCar Series season, the Honda Indy 200 at Mid-Ohio.

This weekend will be the first appearance for Ferrucci at the 2.258-mile, 13-turn natural terrain road course aboard an Indy car, but it’s very familiar territory for the 21-year-old who drove there often early on in his car racing career.

“It’s nice to be going to Mid-Ohio this weekend. It’s a track I know and one I’ve raced well at, getting multiple podiums back when I first started racing cars in 2013,” said Ferrucci. “I’m happy to be going back. The track at Mid-Ohio is super fun to drive and it has a lot of rhythm to it. It’s always a pleasure. The racing there is really good and there’s a fair amount of strategy as well. I think the team has had a good package there, so hopefully we can finish out these three races in a row with a good result.”

Ferrucci will be making his 17th IndyCar start this weekend. He has a best starting position of 10th (Barber Motorsports Park) and a best finish of fourth (Texas Motor Speedway) so far in the Series. He is currently tied with Alexander Rossi for most laps completed this season with 1427, from a possible 1431.

The driver of the #19 Cly-Del Manufacturing Honda also sits second in the Rookie of the Year standings, 14 points behind first place, and is 12th in the overall driver Championship with 241 points.

Ferrucci will be able to turn his first Indy car laps at Mid-Ohio on Friday, July 26 with two practice sessions taking place that day. Qualifying is scheduled for 2:35pm on Saturday, July 27 and will be broadcast live on NBCSN from 2:30pm.

The Honda Indy 200 at Mid-Ohio goes green on Sunday, July 28 at 4:05pm. The race will be televised live on NBC from 4pm ET. All practice sessions will be streamed live on the NBC Sports Gold App.