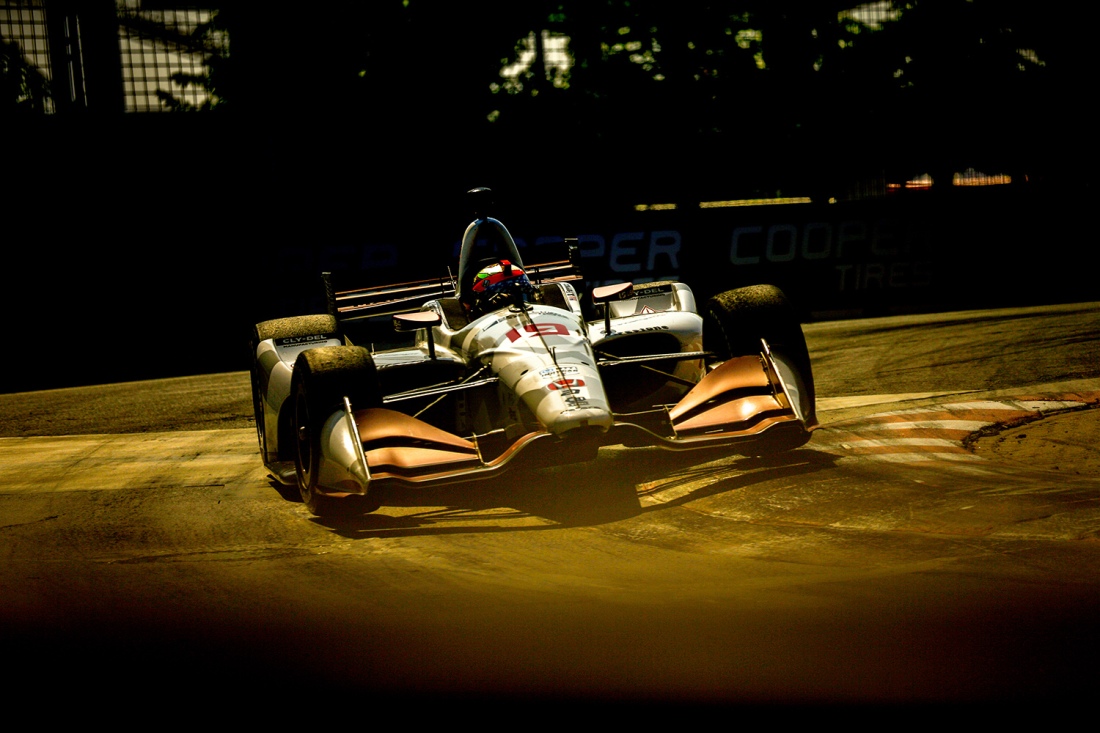 Toronto, ON (July 14, 2019) – Dale Coyne Racing rookie Santino Ferrucci was searching for a top 10 finish this weekend at the Honda Indy Toronto. The driver of the #19 Cly-Del Manufacturing Honda came close, but just missed reaching his goal, crossing the finish line in 11th place at the completion of the 85-lap event.

After starting 17th, Ferrucci and his #19 team elected to pit under a second lap caution period which then allowed the rookie to make his way up to third by lap 20, once the rest of the field had headed to pit lane for their initial stops. The 21-year-old driver then moved up to second place on lap 31 before heading to pit lane for his second scheduled stop on lap 34.

The Dale Coyne Racing rookie returned to the track in 15th position, and while he made his way up to 13th, he ended up losing a position while dealing with lapped traffic.

Ferrucci returned to pit lane on Lap 52 for his last stop and exited pit lane in 15th place. He would then take advantage of his speed to pass a few cars, once again dealing with slower lapped traffic, while making his way up to 11th.

“This street course is definitely more unique than most. I found it pretty hard to stay super consistent, but the crew did an amazing job,” expressed the rookie. “The #19 Cly-Del Manufacturing Honda was on rails today at the Honda Indy Toronto. We just unfortunately got shuffled back a bit due to lapped traffic, which wasn’t necessary. At the end of the day, we learned and completed another race. We almost finished in the top 10, we’ll have to try again next weekend on the short oval in Iowa.”

The Dale Coyne Racing team will be in action in less than a week, when the NTT IndyCar Series heads to Iowa Speedway next weekend for the Iowa 300 on Saturday, July 20, 2019.