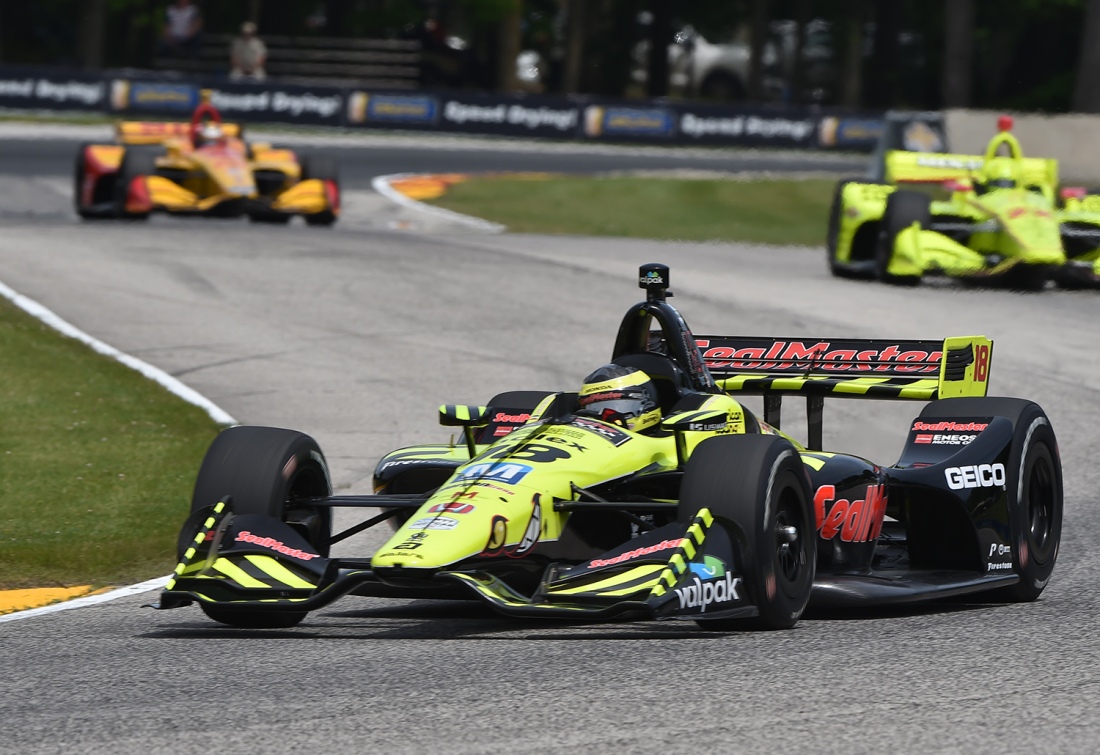 An early race incident damaged Sebastien Bourdais’ No. 18 Team SealMaster – Dale Coyne Vasser-Sullivan car, however he was still able to salvage a 12th place finish in the REV Group Grand Prix at Road America in Elkhart Lake, WI.. Bourdais qualified seventh on the scenic 4.048-mile, 14-turn permanent road course and had a good start to the race. Shortly after the drop of the green flag Takuma Sato made contact with Bourdais. From that point on, Bourdais struggled with the car, but continued to battle and despite the damage finished the 55-lap contest to score valuable championship points. Bourdais earned 18 points today and is now 11th in the championship standings with 208 points.

Sebastien Bourdais Race Quote:
“We had a pretty good start. Then I was side-by-side with Takuma and coming off turn three, maybe he got his wheels in the curb or something. He wiggled and his car turned hard right and his side pod made contact with my left front. After that the wheel was off and the car felt weird. I don’t know if our race was dictated by that initial contact or by something else, but it was a very average day, starting seventh and finishing 12th. I feel bad for the SealMaster No. 18 guys. They really worked hard all weekend.

Fast Facts:
In seven races at Road America, Bourdais has finished on the podium four times including a win from the pole in 2007.

Next Race:
Round 11 of the 2019 NTT IndyCar Series will be the Honda Indy Toronto, Sunday, July 14 on the 1.786-mile, 11-turn temporary street circuit in Toronto, Canada.