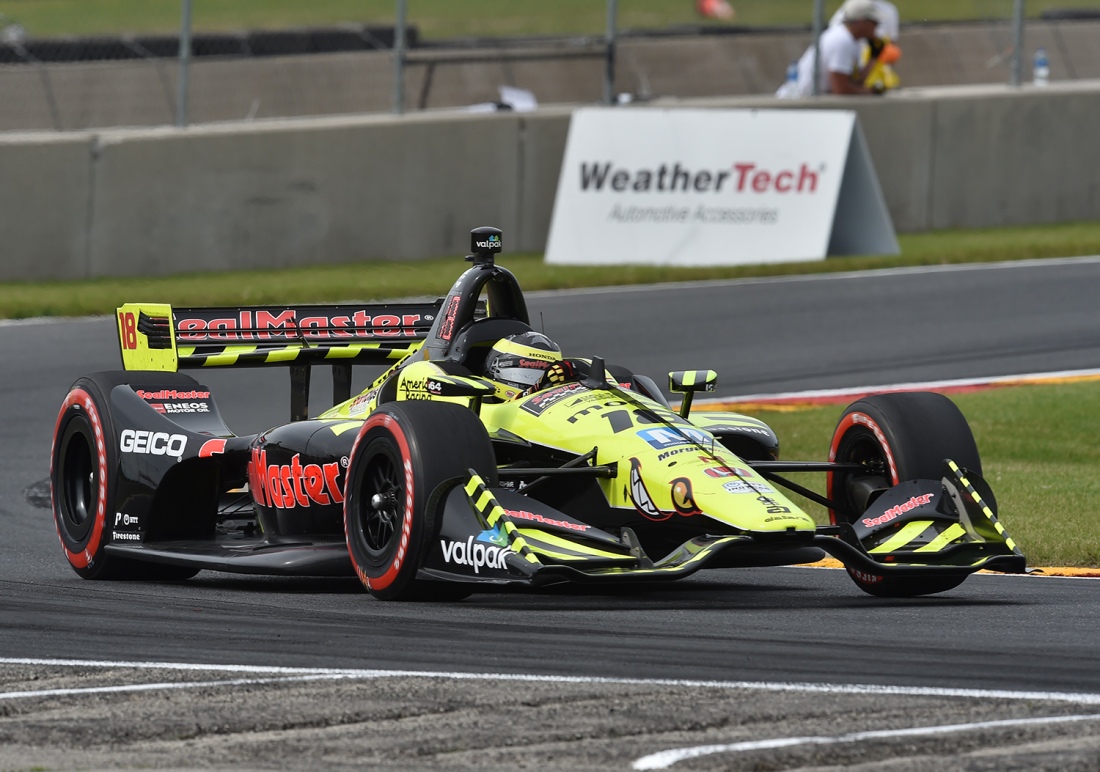 Sebastien Bourdais Qualifying Summary:
Sebastien Bourdais qualified the No. 18 Team SealMaster – Dale Coyne Racing w/ Vasser-Sullivan entry seventh for tomorrow’s REV Group Grand Prix at Road America on the scenic 4.048-mile, 14-turn permanent road course in Elkhart Lake, WI. Bourdais went out in Group 1 in Round 1 of road/street course qualifying and posted the fourth fastest lap in his group of 11 drivers, so he advanced to the second round. In the second round he recorded the seventh quickest lap which is where he will start tomorrow.

Sebastien Bourdais Qualifying Quote:
“I’m kind of happy where we ended up. Craig (Race Engineer Craig Hampson) and the SealMaster crew did a good job, but I really don’t feel like I did my job. Going into every corner I was guessing what’s going to happen and how much I should push. I just don’t have a good feel for it. We’re in a good position, so we’ll see what happens tomorrow.”

Fast Facts:
Bourdais has qualified in the top-10 six times in the first 10 races of the 2019 season. His best starting position is third two weeks ago at Texas. He qualified fifth at Barber Motorsports Park, seventh here at Road America and for the Indy 500, ninth for Detroit Race 2 and 10th for the INDYCAR Grand Prix.

Bourdais is 10th in the championship standings with 190 points. He has earned four top-10 finishes this season including two top-5 showings, a season high third at Barber Motorsports Park and a fifth at COTA (eighth at Texas and ninth in the Detroit GP Race 2). Bourdais has finished 11th three times, Detroit Race 1, Long Beach and the INDYCAR Grand Prix. He placed 24th in the season opener at St. Petersburg (non-team related issue ended his race) and 30th in the Indy 500.

Next Race:
Round 10 of the 2019 NTT IndyCar Series will be the REV Group Grand Prix at Road America, Sunday, June 23 on the Road America permanent road course in Elkhart Lake, Wisconsin.