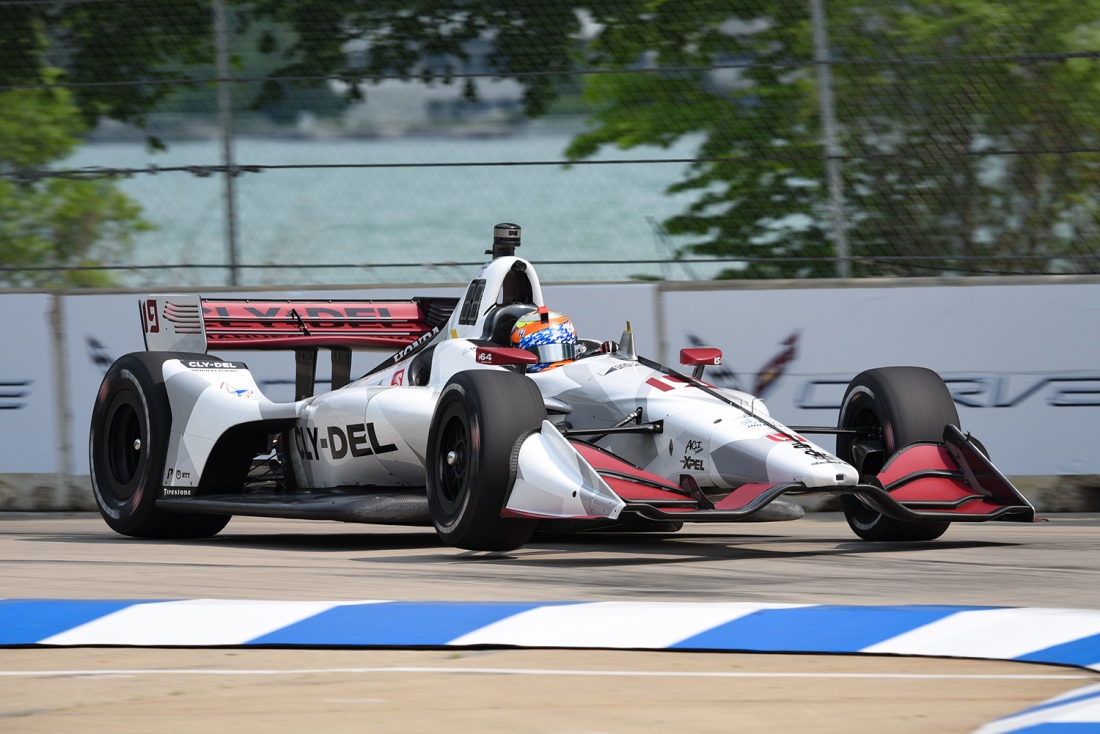 Detroit, MI (June 2, 2019) – Rookie Santino Ferrucci salvaged his Detroit race weekend by picking up a top-10 finish in the second race of the Detroit Grand Prix Doubleheader on Sunday, after leading for 20 laps. However, had it not been for an untimely caution, the driver of the #19 Cly-Del Manufacturing Honda could have possibly come home with an NTT IndyCar Series career best finish in the Top 6.

Ferrucci moved up early on in the race from his 17th place on the starting grid to third, following an early caution period in which the majority of the cars ahead of him headed to pit lane. When the race resumed on Lap 8, the rookie was focused on moving even higher up the field and got by Scott Dixon for the lead on Lap 14.

While the 21-year-old driver continued to lead the field, a yellow flag flew just before he was to head to pit lane for his first stop. Due to the untimely caution, Ferrucci would find himself at the opposite end of the field with all cars now on similar pit strategies.

The driver of the #19 Cly-Del Manufacturing Honda was sitting in 15th place following his pit stop on Lap 35. However, through more caution periods and restarts, Ferrucci would end up climbing back into the Top 10 with two laps remaining to score his fourth top ten finish of the season.

“It ended up being a good thing to start on the prime tire,” shared Ferrucci. “We led the race for a solid stint but then we got an unlucky caution for us, if not for that we could have stayed up front. Our Cly-Del Manufacturing crew did a great job in pit lane. We also had great fuel mileage with the Honda engine and we were able to bring it home with a top-10 finish and salvage our Detroit weekend.”

The Dale Coyne Racing team won’t have much time to rest with the NTT IndyCar Series heading to Fort Worth, Texas on Thursday, June 6 for the start of the DXC Technology 600 weekend at Texas Motor Speedway.