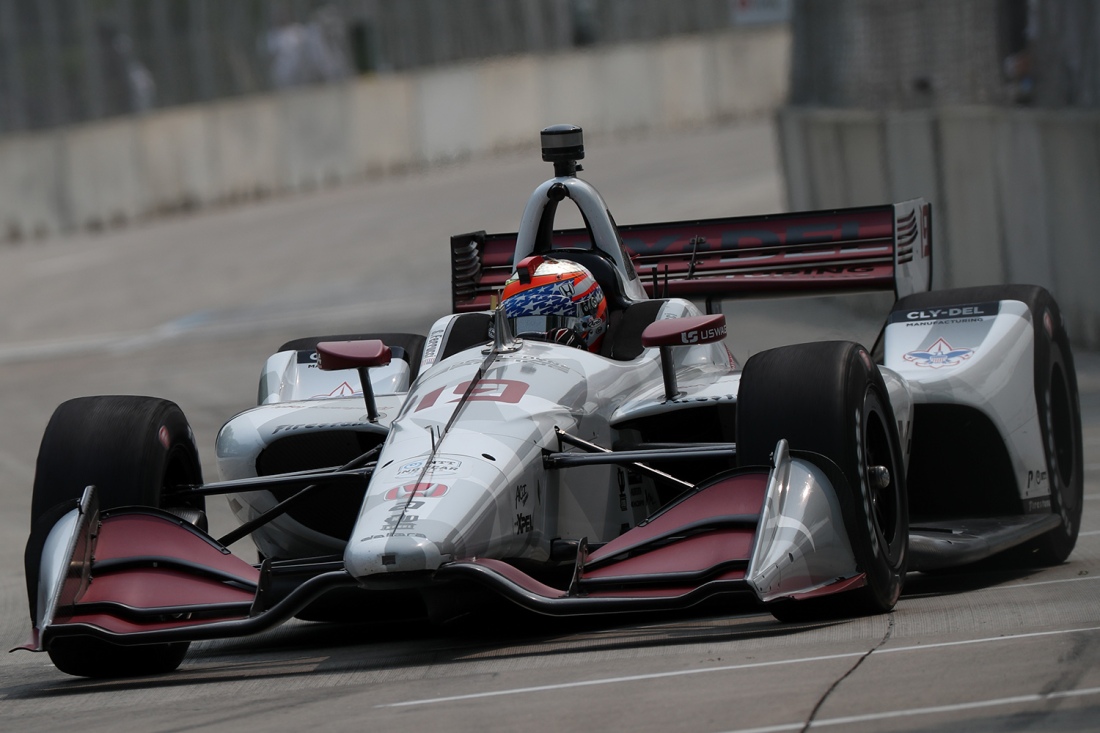 Detroit, MI (June 1, 2019) – Following a severe weather delay that forced a shortened-75-minute race, Dale Coyne Racing’s Santino Ferrucci had a day to forget in Race 1 of the double header in Detroit, crossing the finish line in 19th place.

After qualifying in 22nd place earlier in the day, Ferrucci was hoping to move up the field when the race finally got under way. Unfortunately for the rookie, he only managed to pick up a few positions before making his first and only pit stop, from 18th place, with about 46 minutes to go.

Things then looked up briefly for the 21-year-old driver when a caution period came out just following his stop. However, with the cars ahead of him failing to pack up in a timely manner, Ferrucci was unable to leapfrog the cars that headed into pit lane and he would end up 15th, instead of in the top six, when the race resumed with about 33 minutes to go.

Ferrucci was then unable to gain anymore positions and he would end up 19th after being forced to go wide and making slight contact with the wall.

“We had an OK start, you can’t really pass in the rain at the start because you can’t see, so we weren’t really able to move up,” said Ferrucci. “Then, we pit early for dry tires and we thought that we’d be able to move up the field when the yellow came out, but the cars in front of me didn’t pack up and that set us back in the field. Nothing really went our way today, there’s nothing we could really do other than now prepare for Race 2 tomorrow and hope for a better result aboard our #19 Cly-Del Manufacturing Honda.”

Ferrucci will be back in action tomorrow for the second race of the weekend which goes green at 3:50pm ET. The race will be broadcast live on NBC.