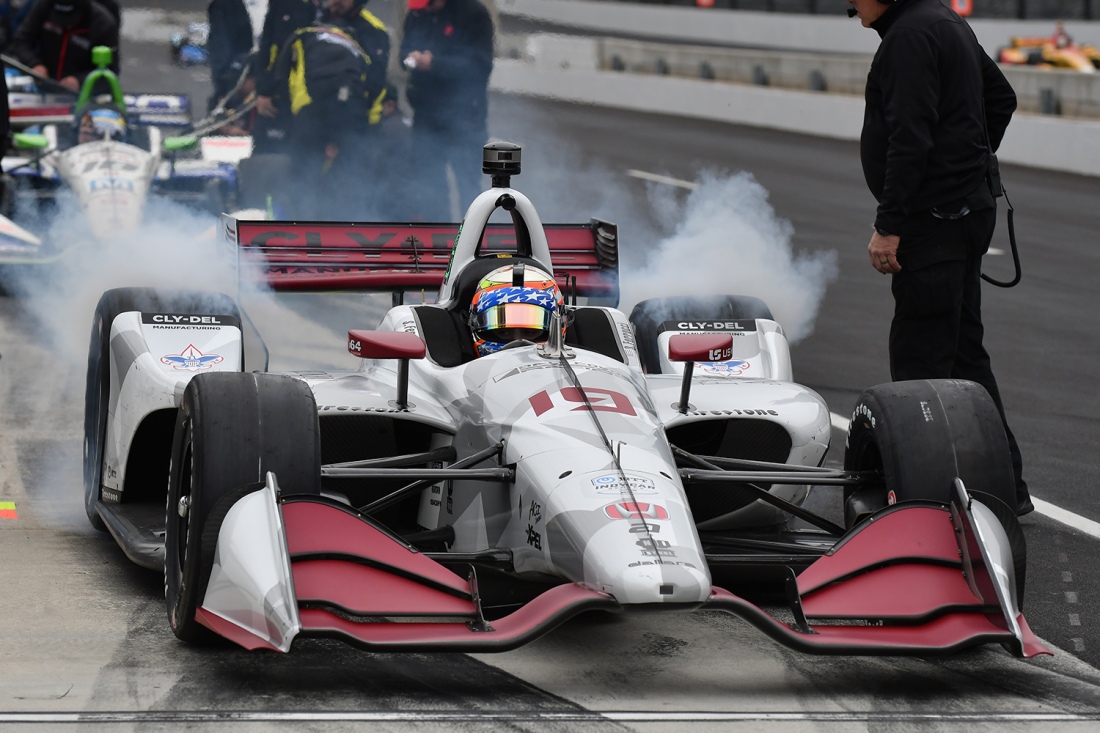 Indianapolis, IN (May 10, 2019) – Dale Coyne Racing rookie Santino Ferrucci came close to making it to the second round of qualifying for a third time this season. However, the driver of the #19 Cly-Del Manufacturing Honda missed out on advancing to Round 2 of qualifying for the INDYCAR Grand Prix by a mere 0.02 seconds, in what was a very competitive group.

Ferrucci, who went out in the second group of qualifying, initially took to the track on the primary Firestone tires, but it was when he switched to the Firestone red tires about halfway through the 10-minute session that he jumped up to second in his group with a lap time of 1:08.4499.

The rookie was unable to improve on his final lap and while it looked like he was about to advance to the Fast 12, he would end up seventh in Group 2 and 14th on the starting grid for Saturday’s race.

“We worked really hard. We had a good test here with Honda last week, and that has helped us today. The #19 Cly-Del Manufacturing car has been really strong. We’re just missing a little bit on the primary tires but when we put on the alternate Firestone tires everything seemed to be quite alright,” said Ferrucci. “Everyone in the NTT IndyCar Series is so fast, it’s such a competitive group of drivers, so it’s a matter of a blink of an eye and you’re outside of the Top 6. I didn’t really maximize the lap, but we had the car to advance. Now we focus on the race, I’m looking forward to it.”

The INDYCAR Grand Prix is set to go green on Saturday, May 11 at 3:50pm ET and will be broadcast live on NBC from 3pm ET.