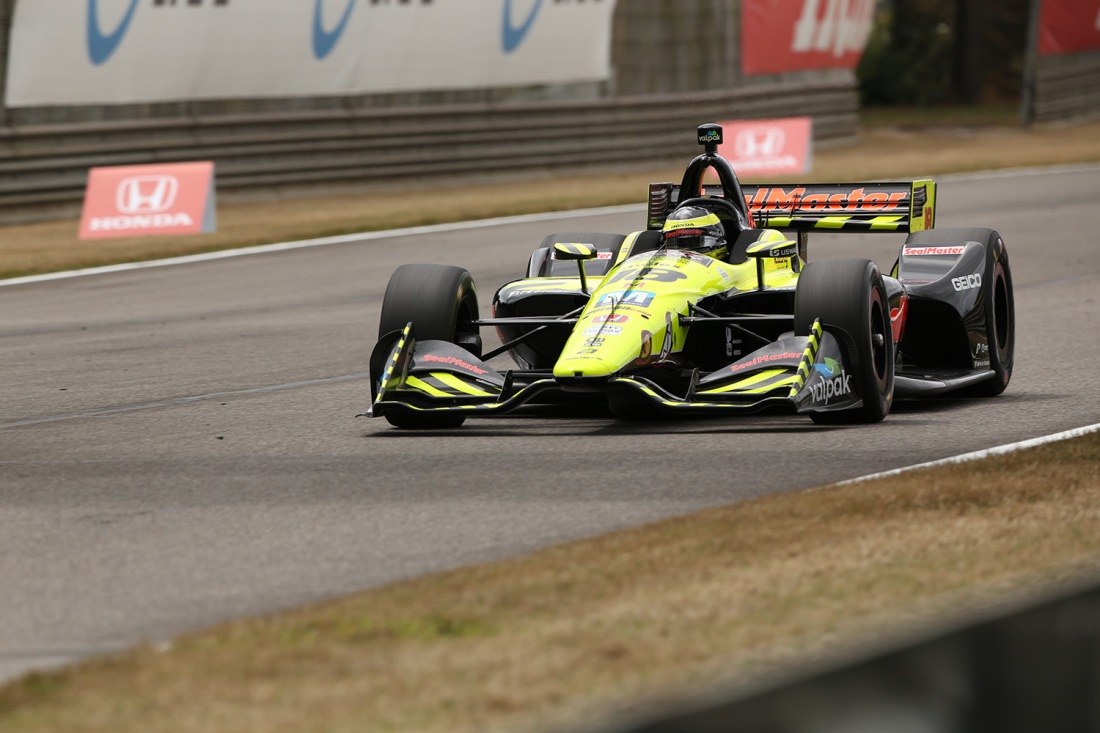 Sebastien Bourdais Race Summary:
In what can truly be called a team effort, highlighted by the race craft of Sebastien Bourdais, a strategy that worked and an outstanding job by the pit crew, Dale Coyne with Vasser-Sullivan finished third Sunday in the Honda Indy Grand Prix of Alabama at Barber Motorsports Park in Leeds, Ala. Bourdais, driving the No. 18 Team SealMaster – Dale Coyne Racing with Vasser-Sullivan entry, qualified fifth on the 2.3-mile, 17-turn permanent road course. He essentially ran in the top three for the entire 90-lap contest including leading the race. Utilizing a two pit-stop strategy that most teams had abandoned early in the race, Bourdais demonstrated the skill and “racecraft” that has been the signature of his career to manage his tires and fuel consumption. He made it work earning his first podium finish this season and second top-five showing in the first three races of the season. Bourdais earned 36 points today and with his fifth-place finish at COTA is now sixth in the championship standings. The Honda Indy Grand Prix of Alabama was Round 3 of the 2019 NTT IndyCar Series season.

Sebastien Bourdais Race Quote:
“I am really proud and happy for the entire No. 18 SealMaster Honda team. A podium from fifth here at Barber after a solid race, I’ll take it all day. Craig (Race Engineer Craig Hampson) gave me a great car. We were one of the very few to stick to the two-stop strategy. Dale (Coyne) has a lot more faith in me than I have in myself, that’s for sure because on lap 18 I said to myself ‘I don’t think I can hang onto the car for another ten laps’. Dale let me know we were committed. I wasn’t quite sure about it, but the strategy worked out and that’s all that matters. It looked like we had to put a bit more fuel in the car on the last stop compared to the other guys and that’s what lost us a position. The pit stop was clean and the guys did a great job. Hats off to the entire crew. We finished third.”

In the first three races of the 2019 NTT IndyCar Series season, Bourdais finished 24th (last) in the season opener at St. Petersburg, Fla. (non-team related issue ended his race early), fifth at COTA and third at Barber. He has gone from last in the points to sixth in just two races.

Bourdais, 40, is a native of Le Mans, France but resides in St. Petersburg, Florida.

Next Race:
Next up for Dale Coyne Racing w/ Vasser-Sullivan is Round 4 of the 2019 NTT IndyCar Series season, the Acura Grand Prix of Long Beach, April 12-14, on the temporary street circuit in Long Beach, CA.