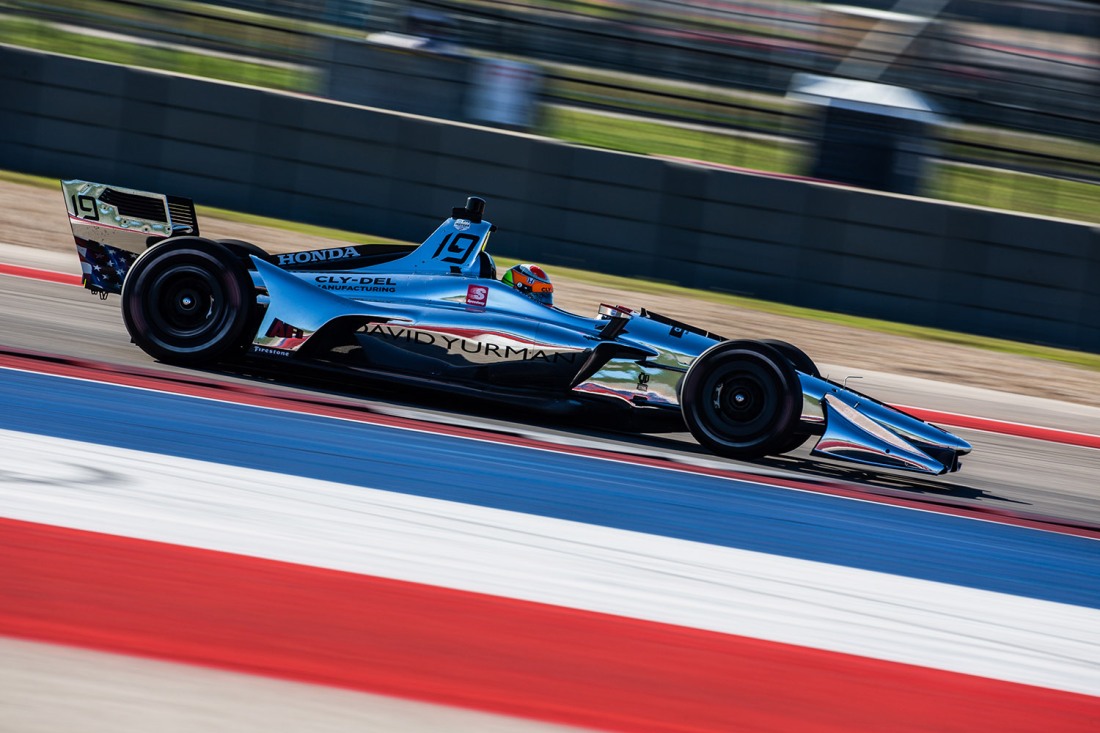 Austin, Texas, (February 13, 2019) – Dale Coyne Racing rookie driver Santino Ferrucci completed a successful test at Circuit of the Americas on Wednesday by placing ninth in the final test session and 10th overall out of the 25-car NTT IndyCar Series field.

After impressive performances in the four events he took part in last season with the team, Ferrucci continued where he left off by starting the two-day open test by registering a fastest lap time of 1:48.3851, which was good enough to place him ninth on the combined time sheets at the end of the first day.

Although Ferrucci had prior knowledge of the 3.41-mile, 20-turn road course, having raced and won at the track in the Super Trofeo series, there was still a lot to learn for the rookie, and the team who were making their first appearance at the Austin circuit.

The team managed to collect as much data as possible that will serve them well when they return to Austin next month for the second round on the NTT IndyCar Series schedule on March 24, all while allowing Ferrucci to set a fastest lap time of 1:47.5970 right at the end of the final session.

“It was another really good day for us at Circuit of the Americas,” shared Ferrucci. “There was a lot of learning to be done. In the morning session, realistically we were P4 but a red flag came out right before we crossed the line. Luckily, we have the lap on data, but it didn’t show on the time sheets. At the end of the last session, right when we thought we were kind of getting lost a little, we went back in the right direction. It feels good to end up P9 and to have a good lap time to end the test before heading into the race weekend next month. It was a great job by all the guys, it was a busy two days and we’re looking forward to the season opener in St. Petersburg.”

The team will have one more test day at Sebring International Raceway next month before heading to the season opening race in St. Petersburg.

The 2019 IndyCar Series season gets underway on March 10 with the Firestone Grand Prix of St. Petersburg.