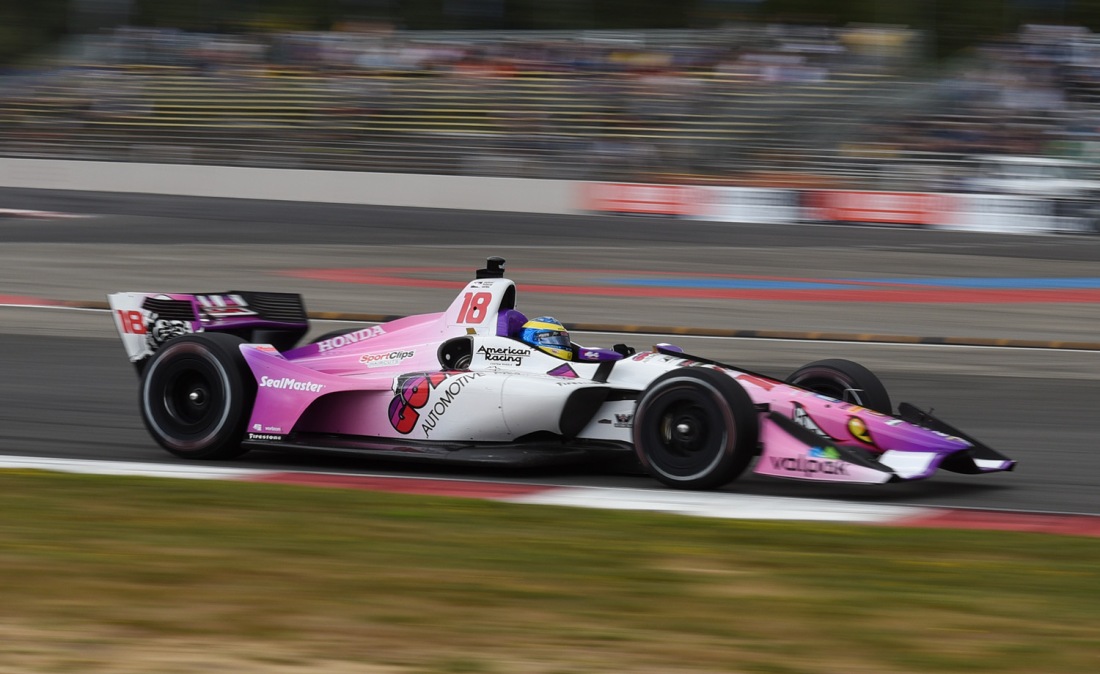 Sebastien Bourdais Race Summary:
Sebastien Bourdais drove the No. 18 Gorilla Automotive Products – Dale Coyne Racing with Vasser-Sullivan car to a third-place finish today in the Grand Prix of Portland at Portland International Raceway. Bourdais, who overcame a huge crash in practice Saturday morning, qualified the car, nicknamed “Frankenstein” because it was rebuilt from spare parts, fourth. Starting from the outside of Row 2, Bourdais was collected in a first lap incident in Turn 3. The contact resulted in damage to his front wing forcing Bourdais to pit for repairs. When he rejoined the race, he was in 21st position, last of the cars still running. The team altered their fuel strategy and finally got some luck with a couple of timely yellow flags allowing Bourdais to cycle to the front of the grid with enough fuel to race to a podium position, an amazing end to what had been a roller-coaster weekend.

Sebastien Bourdais Race Quote:
“It’s been a roller-coaster ride all weekend for the No. 18 Gorilla Automotive Products – Dale Coyne Racing with Vasser-Sullivan team. We qualified really well after recovering from probably one of the biggest hits I have ever had on a road course. Three hours after the crash the car is back together and I put it near the top in qualifying. So I start fourth, get swallowed up in the incident on the first lap, cycle to the back, cycle to the front and finish third. These races are never over, I can’t thank my crew enough for what they have done this weekend. Just an amazing effort from the whole team. I am super proud and thanks to Dale (Coyne), Jimmy (Vasser) and Sulli (James Sullivan) for putting all this together.”

Next Race and Broadcast Times:
Round 17, the finale of the 2018 Verizon IndyCar Series, will be the Grand Prix of Sonoma, September 14-16, at Sonoma Raceway in Sonoma, CA.. The race will be broadcast live on NBCSN at 6:30 p.m. ET.  It is also available on radio: XM 209 and IMS IndyCar Radio as well as online: IndyCar.com and Verizon IndyCar 15 app.