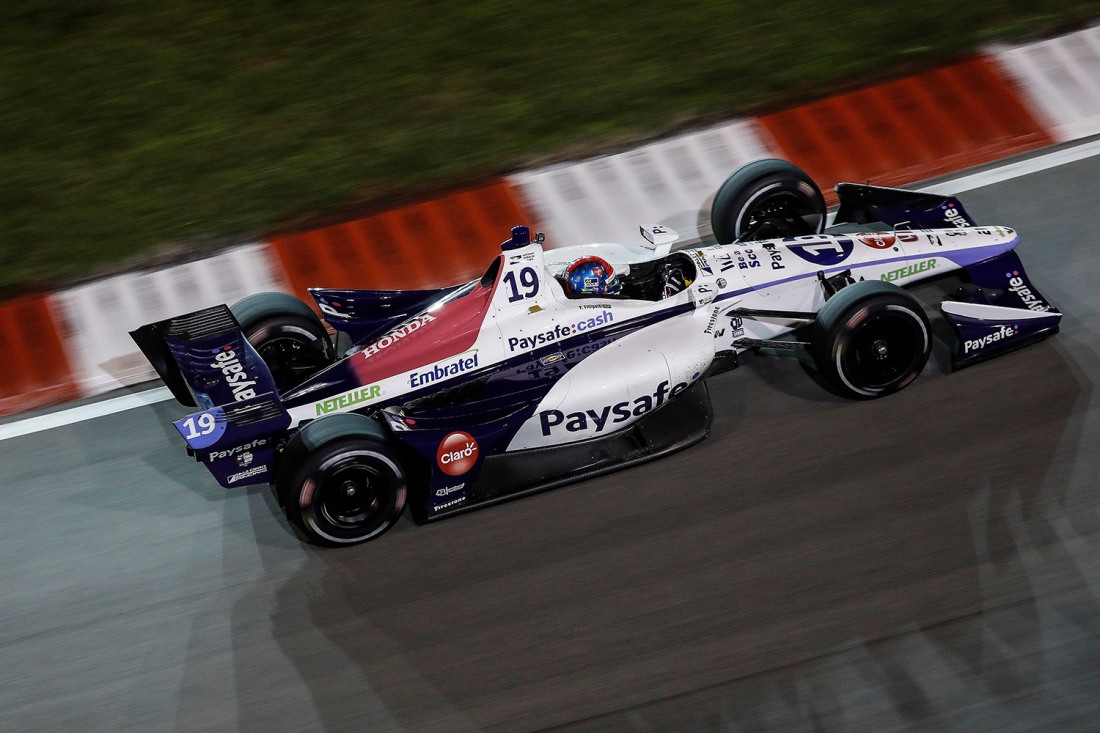 With qualifying being canceled on Friday because of inclement weather, the starting lineup for the Bommarito Automotive 500 was based on the points standings which meant that Fittipaldi would have to start from the 21st position.

The rookie gained a couple of positions at the start of the race and after settling into his pace he would move up to 17th, following his first pit stop on Lap 64.

The driver of the #19 Paysafe car continued to make his way through the field and was sitting 15th at the halfway mark of the 248-lap race. He later moved into 12th after making his third and final stop on Lap 181.

While he then fell to 14th, Fittipaldi moved back up to 11th with about 20 laps remaining and went on to score his best finish of the season after completing a 67-lap stint.

“I’m really happy with how our race went tonight. The whole #19 Paysafe Dale Coyne Racing crew did an amazing job on the pit stops,” shared Fittipaldi. “We knew our pace was good going into the race, but since we were starting last, we thought that if we finished 15th or 16th that it would be a good race for us because it’s so difficult to pass here. But we got some good runs and passed a couple of cars and we did a fuel saving strategy that worked in our favor and we finished 11th. I’m really happy with that, especially after coming back from my injury and now finally getting my first solid finish. I’m very excited for the next two races.”

Dale Coyne Racing will be back in action next weekend at the Grand Prix of Portland where the team will be fielding the #39 Cly-Del Manufacturing entry for Santino Ferrucci in addition to its regular #19 Paysafe car for Pietro Fittipaldi.