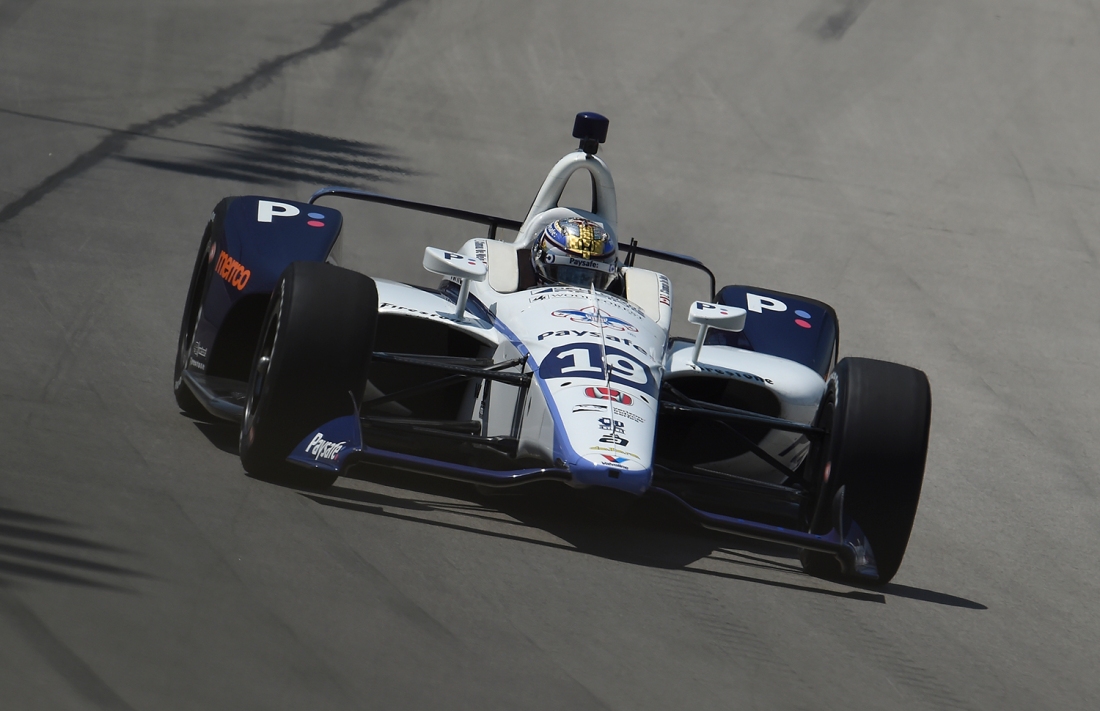 Fort Worth, TX (June 9, 2018) – Dale Coyne Racing’s Zachary Claman De Melo was on his way to a possible Top 5 finish aboard his #19 Paysafe machine on Saturday night at the DXC Technology 600 at Texas Motor Speedway when his race came to an end after contact with the sixth placed car pushed him into the wall and out of the race on Lap 205.

After starting 21st, the rookie impressed as he quietly made his way to the front, moving up through on track passes and pit strategy. Despite coming out of the pits in 16th place after his second pit stop on Lap 122, he would then make his way forward gaining a position nearly every few laps.

By Lap 160, he had made his way into the top ten, and was running eighth when a full course caution came out on Lap 173. The young Canadian driver took advantage of the caution period to make his third pit stop and returned to the track in eighth.

While working Lap 205, Claman De Melo made a pass for seventh on the outside and was on his way to passing Will Power for sixth when Power drove up into him, taking both drivers out of contention and ending a great run by the rookie.

“I got a great run on the outside in clean air, I probably would have passed Power as well. I don’t know if his spotter didn’t tell him I was there. Watching the replay, I was clearly there. It’s just one of those moments. I’m sure he didn’t do it on purpose,” expressed Claman De Melo who ended up 17th on the final results sheet.

“I feel bad for him and I feel bad for me and the team. It’s a bad day but I think I showed my potential. It was a great run up until that point. To do what I did today, from second to last to get up to where we were, it was looking like a possible top-5 finish, top 3 even, I can’t thank the whole team enough, Paysafe and everyone. The car the Dale Coyne Racing team gave me was amazing. After a disappointing weekend like this, I can’t wait to get back into the car again.”

Claman De Melo will be back in action aboard the #19 Paysafe car in two weeks, when the Verizon IndyCar Series moves to Road America for the tenth round of the 2018 season.