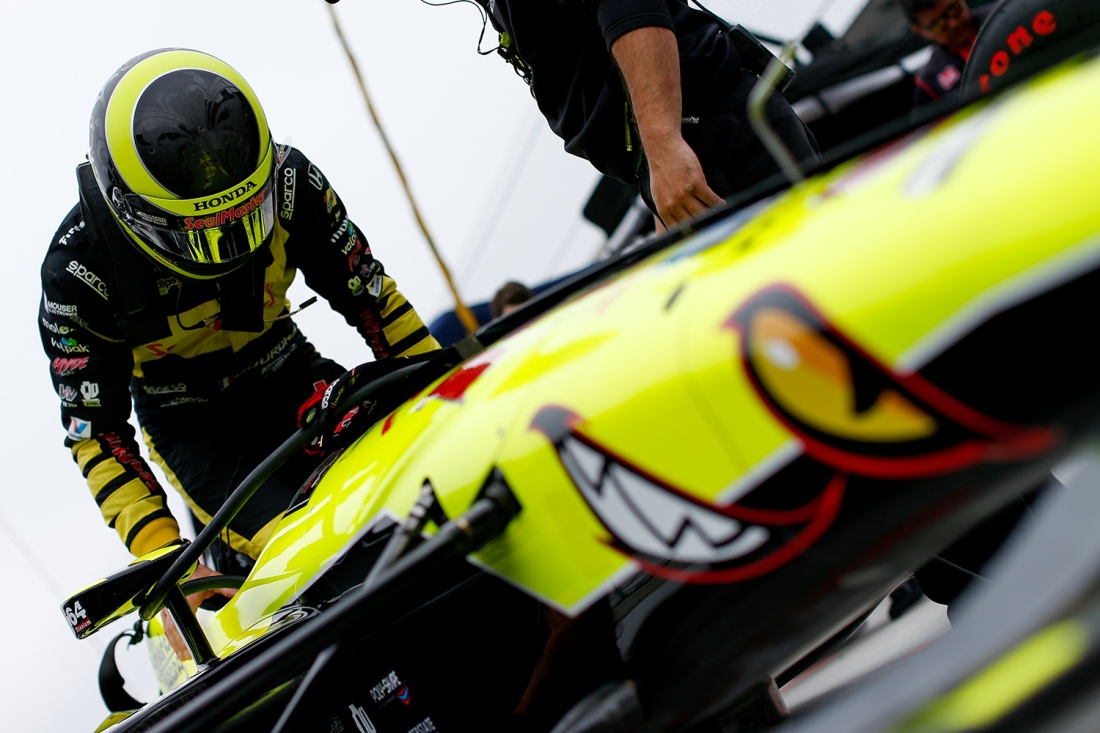 Sebastien Bourdais Summary:
Sebastien Bourdais will pilot the No. 18 Team SealMaster – Dale Coyne Racing w/ Vasser-Sullivan entry this weekend in the Detroit Grand Prix presented by Lear, the only event on the IndyCar schedule to feature two races. Bourdais has enjoyed success on the Belle Isle temporary street circuit capturing one of the twin races his last two visits. Bourdais is coming off an Indy 500 that looked like a possible top-five finish, but ended when he made contact with the turn-four wall. He led four laps, his first in an Indy 500, making him the only driver to lead laps in the first six races of the 2018 Verizon IndyCar Series season. Bourdais is eighth in the championship standings with 168 points, just 18 points out of fifth. He has three top-five finishes so far this season including a victory at St. Petersburg.

Sebastien Bourdais quotes:
“Roger (Penske) and his staff do a great job putting on the Belle Isle event. The atmosphere, the facility, every year it just gets better and better. The weekend is unique with two races, which is tough on the team, but it’s the same for everyone. Obviously, I have had some success there winning a race the last two times we were there (missed 2017 due to injury), but I haven’t really qualified well. That is something we have to work on because qualifying is so important on that circuit. Unfortunately, Indy didn’t go the way we wanted, but the SealMaster Honda No. 18 team has been pretty strong on the street circuits this year. We just need to keep working hard, keep digging and have two strong performances this weekend if we’re going to get back in the championship race.”

Next Race and Broadcast Times:
Round 7 and 8 of the 2018 Verizon IndyCar Series, will be the Detroit Grand Prix presented by Lear, featuring two races, one on Saturday, June 2 and the second on Sunday, June 3 on the Belle Isle temporary street circuit in Detroit, MI. The race will be broadcast live on ABC at 3:30 p.m. ET both days.  It is also available on radio: XM 209 and IMS IndyCar Radio as well as online: IndyCar.com and Verizon IndyCar 15 app.