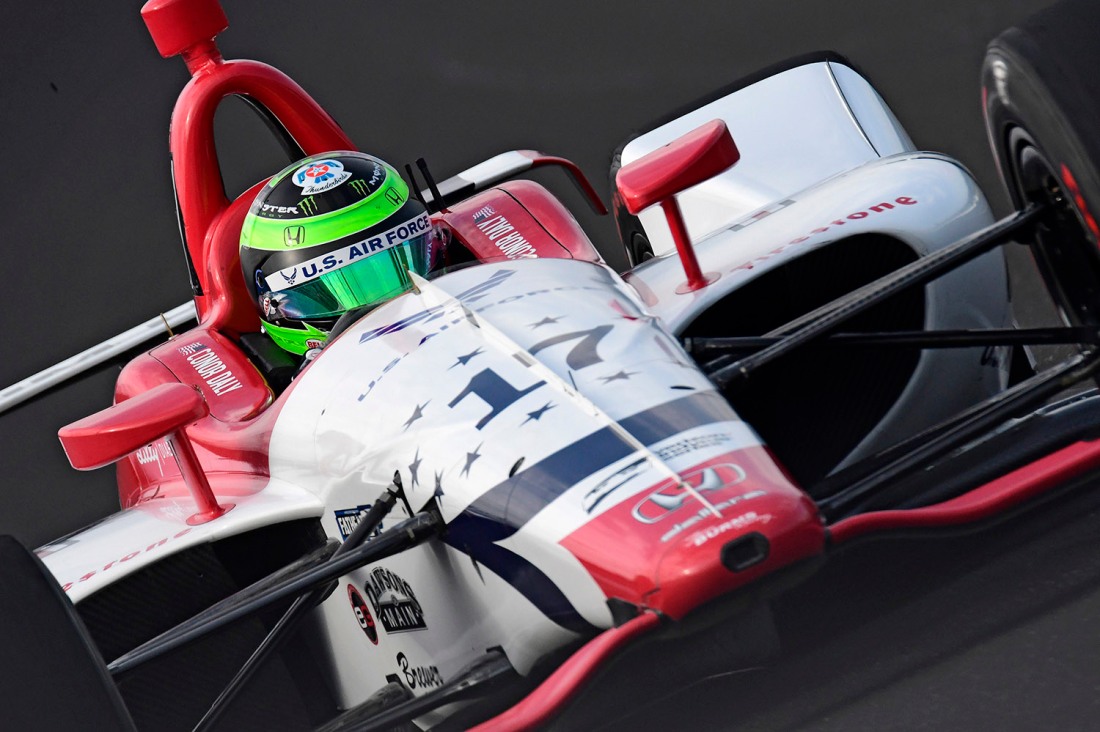 Indianapolis, IN (May 19, 2018) – Dale Coyne Racing had a bittersweet day during the first day of qualifying for the 102nd running of the Indianapolis 500 on Saturday with rookie Zachary Claman De Melo and Conor Daly making the field of 33 while Pippa Mann was unfortunately bumped from a place in next week’s race despite putting in her best effort. Claman De Melo and Daly will set their starting positions during Sunday’s second day of qualifying. Below are the Day 1 qualifying reports for each driver.

Position: 26th
Contrary to his month of May teammates, Claman De Melo had a fairly easy day on the first day of qualifying for the Indianapolis 500. The 20-year-old Canadian was the first of the 35 drivers to take to the track, and he did the most with the unfortunate place in the qualifying order to post a four-lap average of 225.722mph.
1 attempt
Lap 1 – 226.079mph,
Lap 2 – 225.677mph,
Lap 3 – 225.654 mph,
Lap 4 – 225.480mph
Average of 225.722mph
In his own words:
“I definitely would have liked to go later in line. It’s difficult to go first having never qualified here before in an Indy car. There were a lot of unknowns going into qualifying for me, I kind of figured them out now. It wasn’t really the qualifying we wanted. I wasn’t too pleased with the car. It was easy to drive but we didn’t have the speed. That said, we have a good race car so we should be fine and we have another chance tomorrow to improve our starting position. I’m just happy to be here, the whole event has been a great experience, from the fans to driving here to being with a great team. So, I’m really happy.”

Conor Daly – #17 U.S. Air Force
Dale Coyne Racing with Thom Burns Racing
Position: 32nd
It took Conor Daly three attempts to make it into the 102nd Running of the Indianapolis 500 but the driver of the #17 U.S. Air Force car managed to place 32nd on his third attempt thanks to a four lap average of 224.874 mph. Daly found himself 34th after all cars had taken to the track. He then managed to make his way back into 33rd before being bumped out of the field once again. The American was able to make a third and final attempt with less than 20 minutes in the session, guaranteeing himself a spot in the Indy 500.

Attempt #3
Lap 1 – 225.041 mph
Lap 2 – 224.938 mph
Lap 3 – 224.823 mph
Lap 4 – 224.695 mph
Average of 224.874 mph
In his own words:
“It was tough. Yesterday we were confidently running high 226s so we didn’t really expect to worry. Then we went out on our first run and we had a massive imbalance. We found the problem on the scale pad but once you’re already out, you’re in big trouble so we trimmed out, we made some mechanical changes that we didn’t know if they would work and we just had to go out and hold it flat. I’ve never pushed harder on that pedal and I just tried to make sure that it didn’t crash and we made it. It’s a relief just for this whole program with the U. S. Air Force, for my career. I’m just happy to be here.” 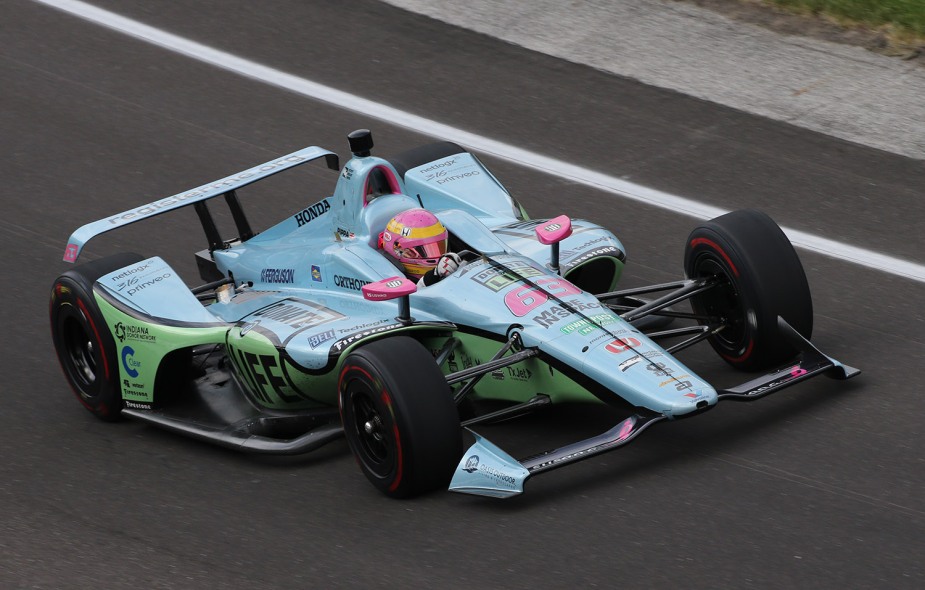 Pippa Mann – #63 Donate Life
Position: 34th
Pippa Mann wasn’t as fortunate as her teammate Conor Daly during the final 20 minutes of the qualifying session. Mann initially placed 33rd on her first attempt but was then bumped by Daly to 34th when he made his second attempt into the field. Mann never gave up and kept trying to get back in the top 33 but despite giving it all she had, her four lap average of 224.360 mph wasn’t enough.
In her own words:
“Coming into this May, I knew things were going to be tough. I normally get time in an Indy car once a year. With a new aero package, not getting to do any of the testing ahead of time because we don’t have a budget that allows for that. All of the people who have supported me to be here, Dale Coyne Racing, the entire crew on my car, worked so hard to turn that car over from a road course car to an oval car so we could shake it down, get me through my refresher on Tuesday.

“Then yesterday morning, I rolled out, 226 out of the box. Great, this isn’t bad. Now let’s trim the car. Went through it again, nothing. That’s when we started to realize we might really be in trouble. We tried everything we could think of yesterday. The boys stayed really, really late last night. We pulled the rack off the car, we resanded the car, resanded the floor. We went through all the brakes again because we thought we had some brakes that were dragging a little bit out.

“I knew if everything we did last night still hadn’t made us go faster, we were going to be in trouble today. But you have to try and get out there anyway. When we got back in line for the last run, we took every single trim we possibly could to the racecar, we did everything.

“Obviously, it wasn’t enough. What’s worse, it was slower than our time before. Once you pulled your time, if the car is still functioning, you kind of have to finish the run because what if somebody in front of me just didn’t get through tech and I withdrew and didn’t complete my run and pulled off the racetrack?

“It’s the worst feeling in the world. The team worked so hard. Earlier today I really thought we were going to get it done. Then we went out, again, for the first run and I knew we were in the fight in final trim. We took it further than any of our cars have gone.

“If we understood what was going on, we wouldn’t be here.”