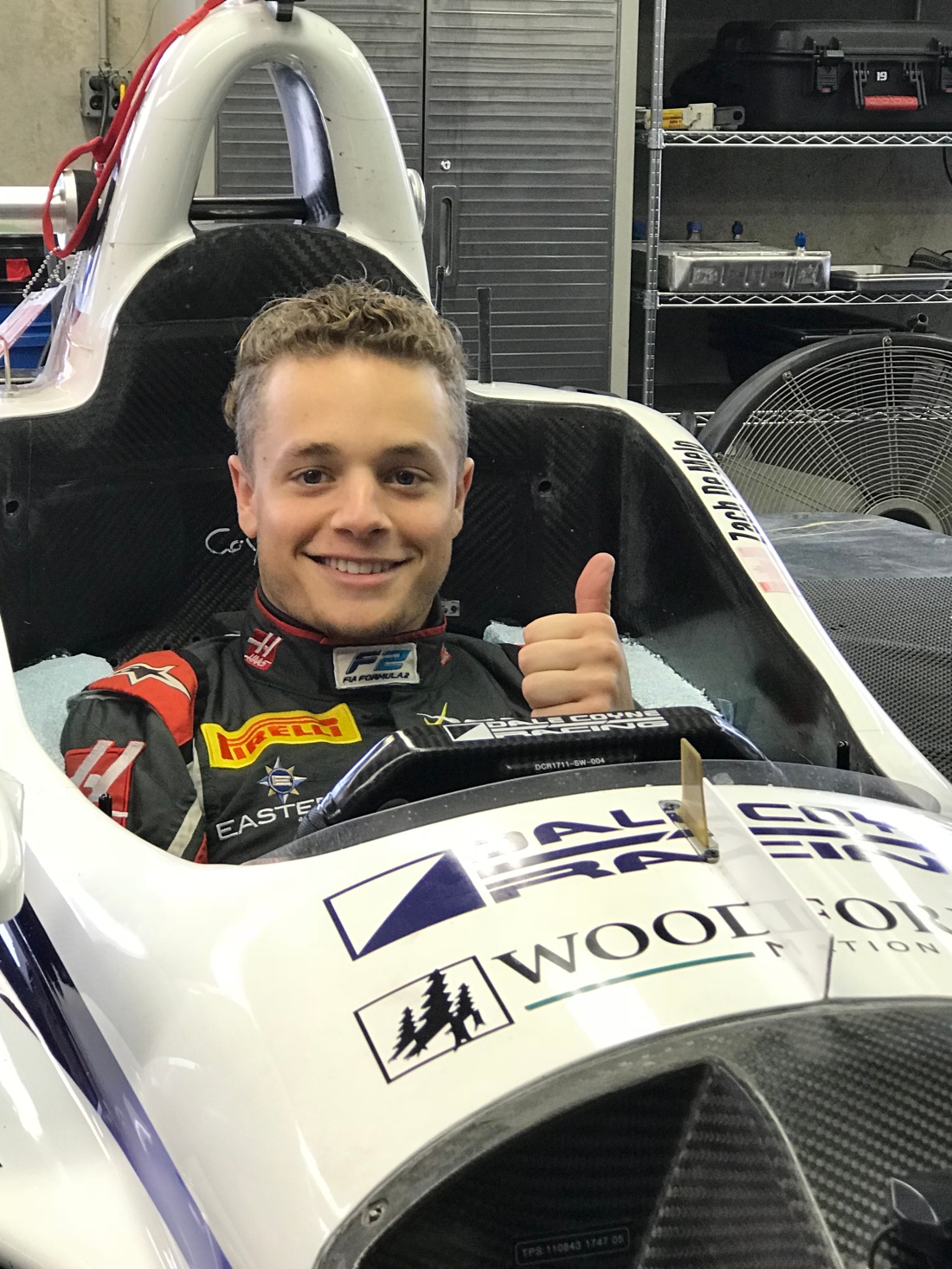 Indianapolis, IN (May 18, 2018) – Dale Coyne Racing and Paysafe are pleased to announce that 19 year-old American racer Santino Ferrucci will be making his Verizon IndyCar Series debut with the team in June as he takes over the wheel of the #19 Paysafe car for the Dual in Detroit doubleheader weekend at The Raceway at Belle Isle Park June 2 and 3.

Due to the injuries suffered by Pietro Fittipaldi in a World Endurance Championship event earlier in May, the Dale Coyne Racing team has had to do some reshuffling of its driver line up and have turned to the young American from Connecticut to fill the seat for the race weekend in Detroit.

Ferrucci currently competes in the FIA Formula 2 Championship in Europe, the primary feeder series for young drivers looking to make it into the Formula 1 World Championship. Additionally, after making a name for himself on the karting scene, and winning numerous races in the junior series, Ferrucci was signed as a development driver by the Haas F1 Team in 2016 and has since completed four test days and 1,180 miles at the wheel of the Haas F1 car.

“It’s a fantastic opportunity to be able to race the #19 Paysafe car with Dale Coyne Racing at Detroit, especially that I’ll be coming off a F2 race in Monaco,” expressed Ferrucci. “The goal is still to be a Formula 1 driver but to be racing in IndyCar is going to be something special. I’m really looking forward to it. It’s just unfortunate that it’s under the circumstances of Pietro (Fittipaldi)’s injuries, I hope he has a speedy recovery and can come back very soon.”

The young American has done most of his recent racing in Europe but he first impressed while competing in the US F2000 Championship in 2013, placing fifth in the standings after coming in half way through the season. At the age of 16, he moved to FIA Formula 3 European Championship, where he spent a year and a half before moving to the GP3 Series. Ferrucci is now in his rookie season in FIA Formula 2 Championship, where he recently finished 6th on the streets of Baku.

“Paysafe is pleased to be able to give another up and coming motorsport talent the opportunity to realize a dream and compete in the hugely exciting Indy car race season. Having Santino behind the wheel of the Paysafe car is another example of how we are supporting new drivers on the circuit and challenging the status quo which in turn mirrors our brand vision of challenging the current state of play as the emerging payments provider,” said Oscar Nieboer, Chief Marketing Officer, Paysafe. “Like our other two drivers, Zach and Pietro, Santino really brings our values to life and we’re looking forward to watching him pilot the #19 Paysafe car in Detroit.”

Paysafe is a leading global provider of end-to-end payment solutions. Our core purpose is to enable businesses and consumers to connect and transact seamlessly through our industry-leading capabilities in payment processing, digital wallets and online cash solutions. Delivered through an integrated platform, our solutions are geared towards mobile-initiated transactions, real-time analytics and the convergence between bricks-and-mortar and online payments. With over 20 years of online payment experience, a combined transactional volume of US$56 billion in 2017 and over 2,600 staff located in 12+ global locations, Paysafe connects businesses and consumers across 200 payment types in over 40 currencies around the world. For more information, visit: http://www.paysafe.com.