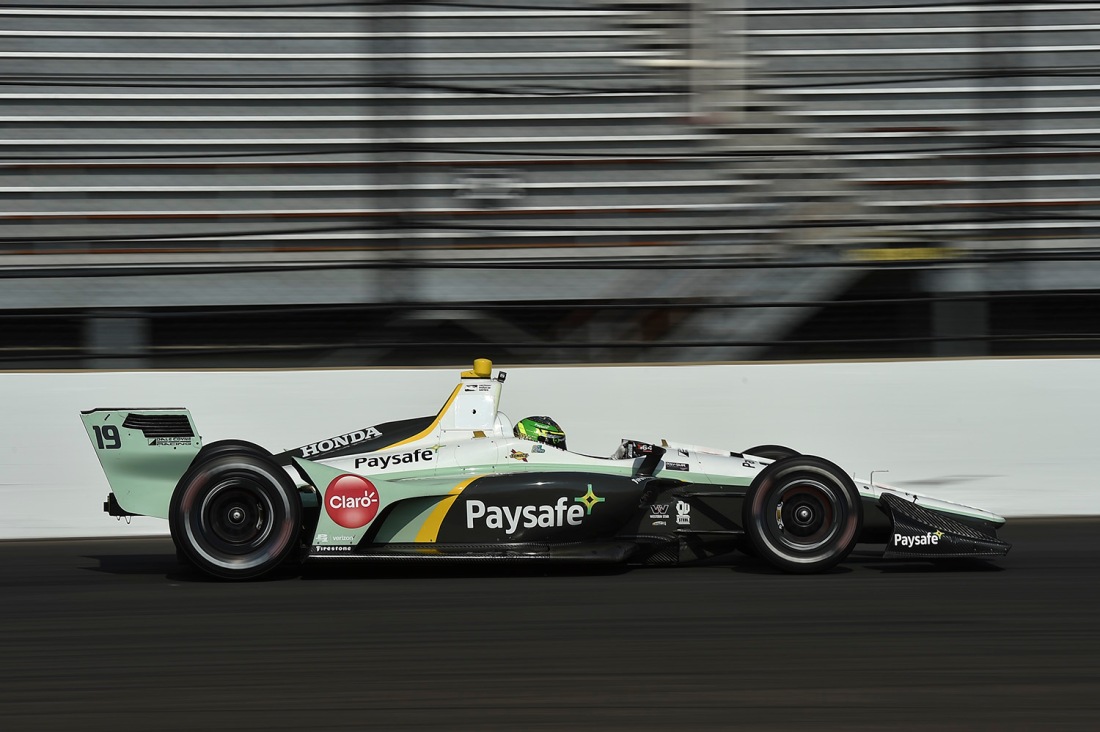 Indianapolis, IN (May 15, 2018) – After his strong performance at last weekend’s INDYCAR Grand Prix, Zachary Claman De Melo is returning to the seat of the #19 Paysafe car this week, making his Verizon IndyCar Series oval debut at the famed Indianapolis Motor Speedway.

The rookie will be amongst the 35 drivers vying for a spot in the field of 33 cars that get to compete in the 102nd running of the Indianapolis 500 on May 27.

Claman De Melo is replacing his teammate Pietro Fittipaldi who was originally scheduled to participate at the Indianapolis Motor Speedway aboard the team’s #19 Paysafe car. However, injuries suffered in a qualifying crash at Spa-Francorchamps in Belgium on May 4 during a World Endurance Championship event have sidelined him for at least eight weeks.

The Canadian rookie, who is coming off his best finish of the season with a 12th place finish on the Indianapolis Motor Speedway road course, will be making his first appearance on the 2.5-mile oval track aboard an Indy car, which means he will have to complete his Rookie Orientation Program (ROP) this afternoon before he is allowed to take to the track with the rest of the field.

“I’m very much looking forward to turning my first laps aboard the #19 Paysafe Indy car on the oval at the Indianapolis Motor Speedway,” said Claman De Melo. “It’s an iconic venue and I’m extremely fortunate to be able to have the opportunity to drive here. Again, it’s unfortunate that it’s under these circumstances with Pietro’s injuries so I realize how lucky I am to have this chance.

“I want to thank Dale (Coyne) and Paysafe for giving me this opportunity. I can’t wait to get on track to complete my rookie orientation program.”

While it’s the first time that Claman De Melo will be running in an Indy car on the Indianapolis Motor Speedway oval, he has competed at the famed venue in the Indy Lights series, finishing with a best result of sixth last season.

The Rookie Orientation Program will take place from 1 to 3pm this afternoon with the track then being open to all cars from 3pm to 6pm. Practice then takes place from 11am to 6pm from Wednesday, May 16 to Friday, May 18.

Qualifications for the 102nd running of the Indianapolis 500 will take place and Saturday and Sunday May 19 and 20th and will be broadcast live on ABC from 4pm ET on both days.

All practice sessions will be streamed live on racecontrol.indycar.com.