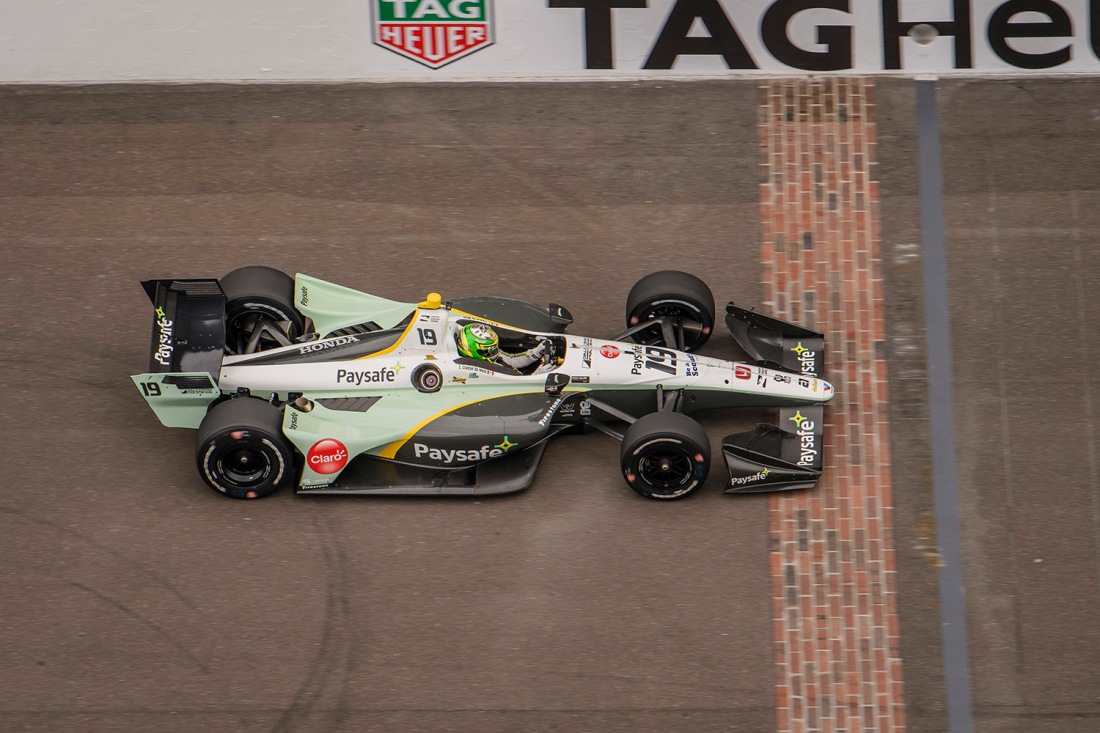 The rookie was on a mission early on to move forward and he took advantage of a couple of incidents in front him to pass cars and move up from his 19th place on the grid to 11th on the first lap. From there, he made his way into the top 10 on Lap 6 and took over ninth place on lap 8 by making his way ahead of Helio Castroneves.

Things were looking good for Claman De Melo as he headed to pit lane on Lap 21 from fourth. However, a momentary electrical glitch slowed the car and cost him time on his in-lap and he would find himself in 19th following his pit stop.

That didn’t stop the Canadian from charging back to the front. Ten laps after his first stop he had moved into 14th place and was classified fifth before heading to pit lane for his second stop on Lap 42.

A full course caution on Lap 55 bunched up the field with the rookie running 16th. With the final pit window opening up, everyone headed to pit lane on Lap 58, which allowed Claman De Melo to gain a few positions thanks to a great pit stop by the #19 Paysafe crew.

After exiting pit lane in 13th, Claman De Melo moved up to 10th with about 20 laps remaining in the 85-lap event. With everyone saving fuel to make it to the end, the driver of the #19 Paysafe car would end up crossing the finish line in 12th, scoring his best career IndyCar Series finish.

“It was a really fun start. A few people had incidents, so I saw a few open holes and I just took them,” stated Claman De Melo. “It’s just unfortunate about the small issue we had before our first pit stop that cost us some time. Without that issue on our in lap, we probably could have been in the top 10 easily at the end. We’re not quite sure what the issue was so we’re looking into it. We’re really happy with how the race went, our pace was strong aboard the Paysafe car and it was great to be out there. Overall, I’m happy with the result, it’s good for me, I learned a lot and I’m happy for the team.”

The Dale Coyne Racing team will be back in action on Tuesday, May 15 as practice for the 102nd running of the Indianapolis 500 gets underway at the Indianapolis Motor Speedway. The team will announce the driver of the #19 Paysafe car in the coming days.