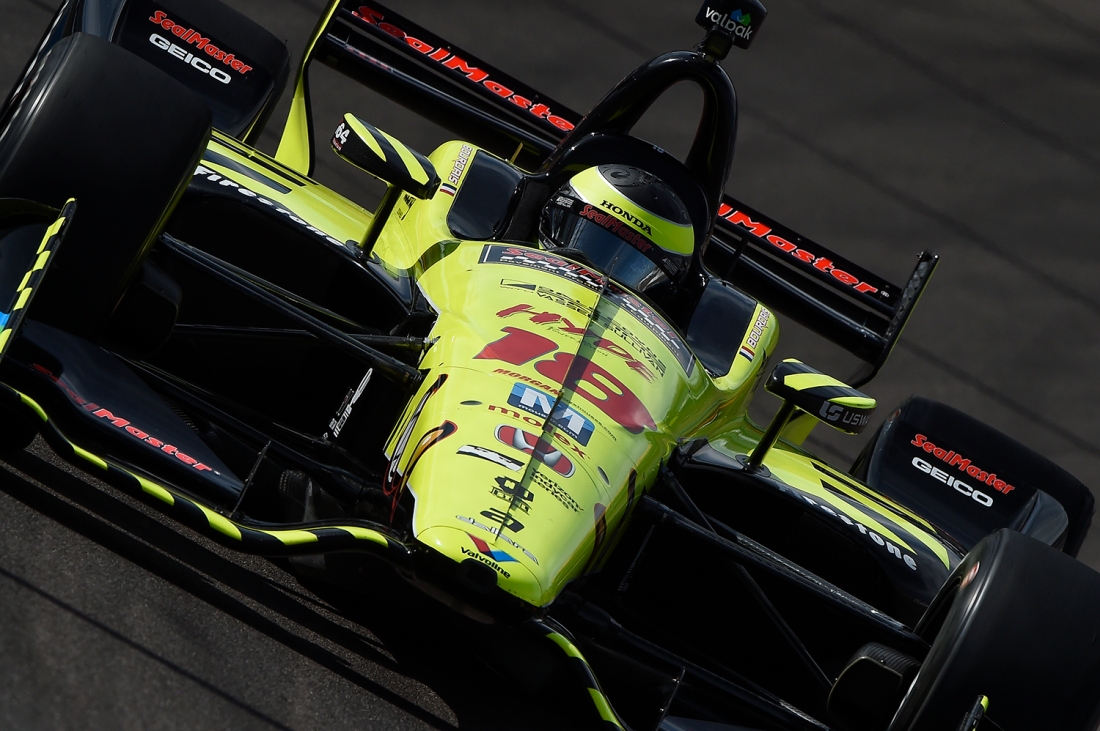 Sebastien Bourdais Race Summary:
Sebastien Bourdais qualified the No. 18 Team SealMaster – Dale Coyne Racing with Vasser-Sullivan Honda/Dallara/Firestone car on the pole and then dominated the first 43 laps (led a total of 60 laps in all) of the 250 lap race as well as recording the fastest lap of the race on lap 2. While working lap 40 the first yellow of the race came out and when the pits opened, Bourdais, along with the rest of the field pitted on lap 43. During the stop, Bourdais skated on the pit lane concrete forcing a crew member to fall out of the way. IndyCar officials ruled that Bourdais had hit a crew member and accessed a drive through penalty dropping him to 22nd and a lap down. The talented Frenchman, who resides in St. Petersburg, FL, fought back using his tremendous skill to pass several other competitors, but could not get the timely yellow flag needed to un-lap himself and ended up finishing 13th. The finish dropped Bourdais from first in the championship to third. Sebastien is just two points out of second and seven out of first heading into next week’s Toyota Grand Prix of Long Beach, where Bourdais has traditionally been strong.

Sebastien Bourdais Race Quote:
“We were pretty much in control of the race and things were looking good. Then the first and almost only yellow came out. We paraded around for two or three laps and all I was thinking about was hitting my marks when we pitted. I didn’t scrub my tires. I didn’t pay attention that my tires loaded up with a bunch of junk and next thing I knew I was on the concrete in the pit lane. I tried to slow down and locked up the wheels instantly and nothing happened. Nothing. I just skated and two guys left with me. That was the failed moment of the race because after that there were no yellows until all the pit stops were completed. So, that was that. We just never recovered from going down a lap because of the drive through penalty. I made a bunch of passes and recovered a decent amount of positions, but nothing to put us where we belonged. So, pretty disappointing overall, based on starting on the pole and the car we had.