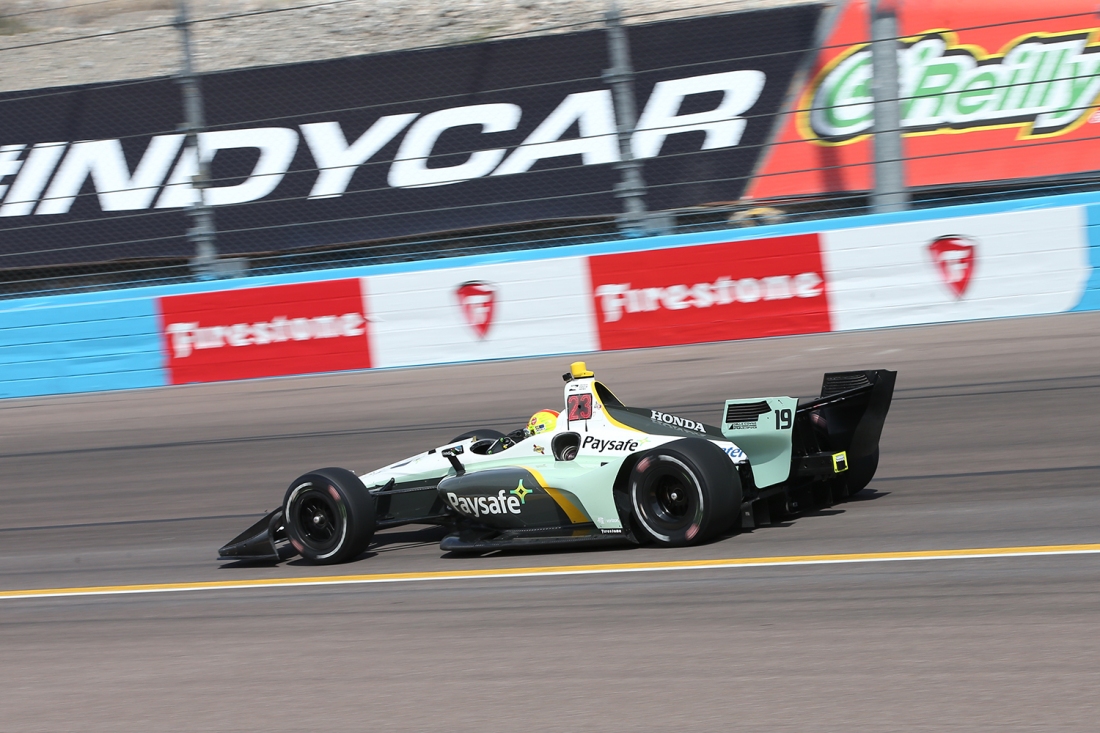 Phoenix, AZ (April 6, 2018) – Pietro Fittipaldi took part in his first Verizon IndyCar Series oval qualifying on Friday at ISM Raceway and qualified an impressive 10th in the 23-car field aboard his #19 Paysafe car.

The Brazilian-American driver was the sixth driver to take to the 1.022-mile oval. He immediately jumped to first place following a first lap of 184.379 mph and maintained his position with an even quicker second lap of 184.717mph.

His two-lap average of 184.548mph kept him atop the time charts for a little while but he would be relegated to 10th once all cars had made their qualifying attempt.

“It was great. A first top ten in my first IndyCar qualifying, I’m happy with that,” expressed Fittipaldi. “The car felt really good. The engineers did a great job giving me a good car for qualifying. Practice was a lot different than when we tested here in February. The track is a lot hotter and the Paysafe car is moving around a lot more but overall it felt good, I felt confident. The Dale Coyne team has done a great job in getting me up to speed. I’m doing my best and trying to learn as much as I can. I’m really happy overall with everything.”

Fittipaldi will have a final one-hour practice session coming up at 8pm local time to fine tune the car ahead of tomorrow’s race.

The Phoenix Grand Prix at ISM Raceway will go green on Saturday, April 7 at 6:40pm local time (9:40pm ET) and will be broadcast live on NBCSN.