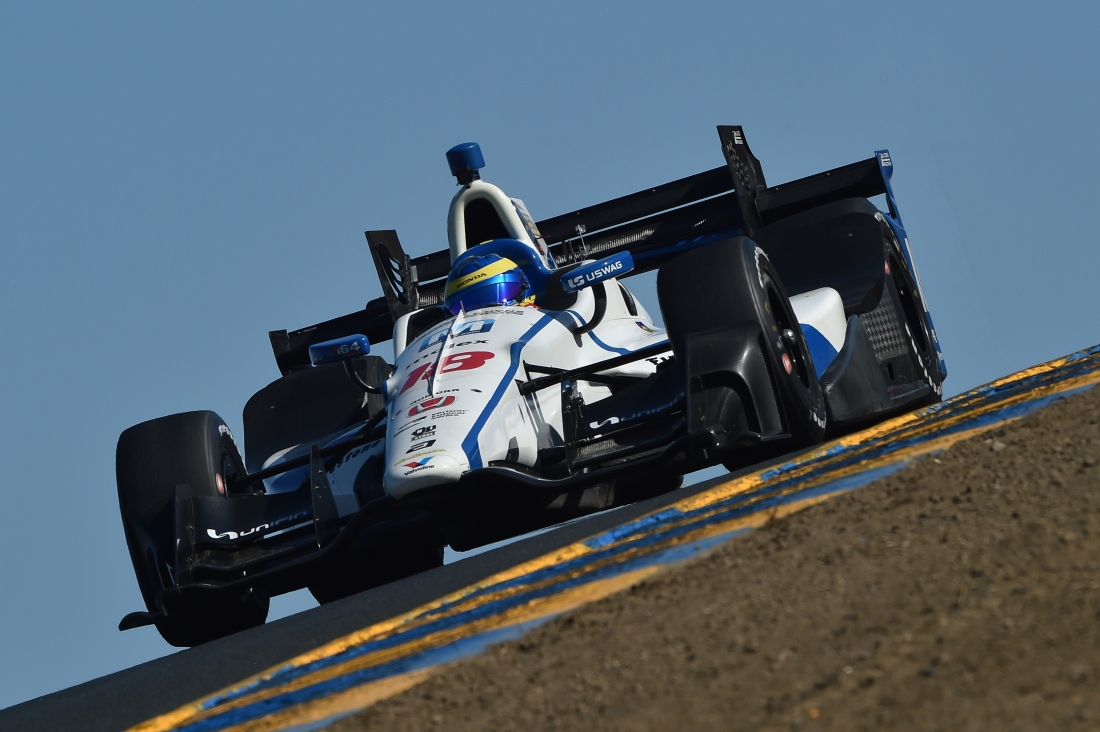 Sonoma, CA (September 17, 2017) – It wasn’t the way the Dale Coyne Racing team wanted to end the season on Sunday at Sonoma Raceway, but the team still came home with a top 10 finish with Sebastien Bourdais placing ninth. Rookie Ed Jones suffered the team’s first mechanical DNF of the year and was classified 19th.

The race started out well for Jones as he gained five positions on the opening lap, and settled in 13th behind his teammate Sebastien Bourdais. As the race went on, both drivers gained more positions with Bourdais running the majority of the race in ninth, and Jones in 12th.

There wasn’t much change on the timing sheet as the race went on and while it was looking like Jones was on his way to a possible top 10 finish, an issue with the right rear suspension forced him to put an early end to his race on Lap 69.

In the meantime, Bourdais continued to run in ninth with no one challenging him from behind. With cars pitting ahead of him, the Frenchman made his way as high fifth before his final stop, but he would end up back in ninth place where he would take the checkered flag.

Bourdais’ ninth place finish today was his fifth top 10 of the season in eight races. He finishes the season 21st in the championship with 214 points despite missing nine races, while Jones moved into 14th with 354 points.

With Bourdais already confirmed for the 2018 season, Dale Coyne Racing hopes to announce the driver of their second car in the coming month.

Sebastien Bourdais – #18 UNIFIN Honda
“We started off pretty strong this week and felt really good the first couple of days but then we lost it on Friday afternoon. I don’t know what we did wrong, or what I did wrong but we couldn’t find the pace we had earlier in the week. Today’s race was a pretty miserable day with nothing really to fight for. It’s never the kind of race you want to have. It’s disappointing but it was a bit a reflection of our year with highs and lows. We’ll forget about 2017 and look forward and hope to have a better stretch next year.”

Ed Jones – #19 Boy Scouts of America Honda
“I had a good start and gained quite a few positions. I attacked really hard because I knew that would be the best opportunity to make up any ground. After that, we had pretty decent pace. We ran 12th for a long time and we were on course to finish 11th, maybe we could have even slipped into the top 10. That’s our first technical failure of the whole season. Obviously, it’s frustrating that it happened at the end, but then again, everything has gone so well so far that it’s going to happen eventually. It’s just too bad that it happened at the last one. I want to thank Dale and Gail and the whole team for the opportunity they gave me this season. I hope we can do it again next year.”