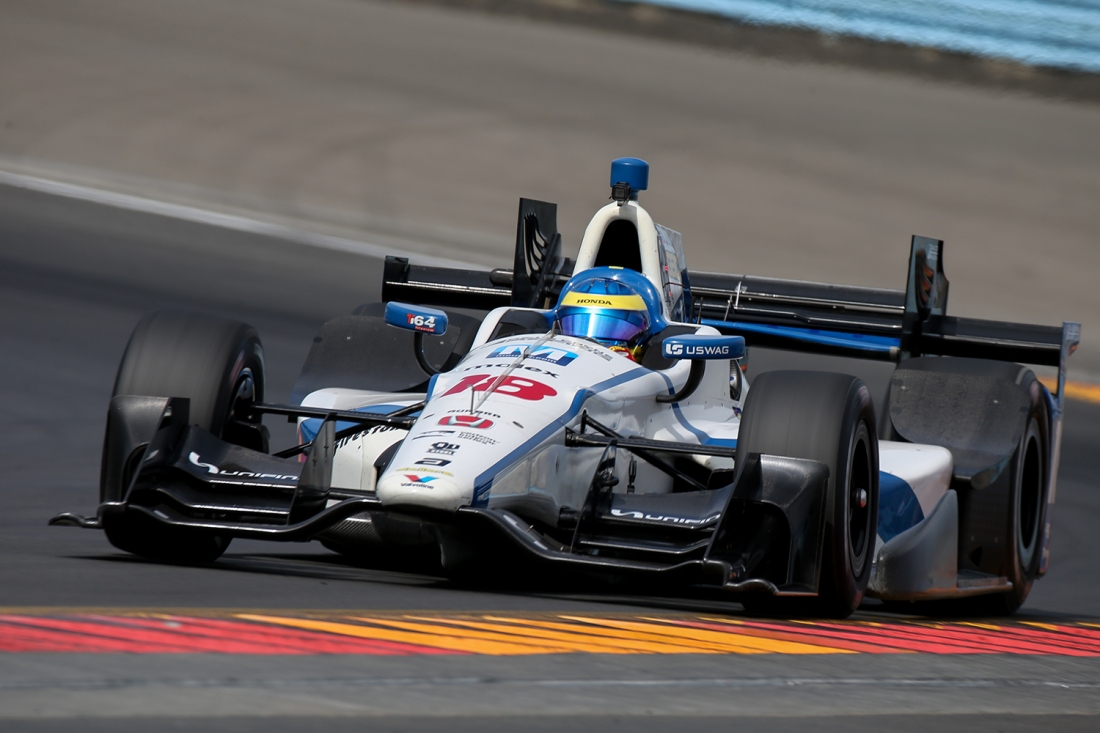 Watkins Glen, NY (September 2, 2017) – Sebastien Bourdais made his way into the Fast 12 during qualifying for the INDYCAR Grand Prix at The Glen on Saturday and placed himself ninth on the grid for Sunday’s race. His Dale Coyne Racing teammate, Ed Jones, will be starting 15th.

Bourdais was the only driver to make it into the second round of qualifying who didn’t use the alternate Firestone tires in Round 1. The Frenchman, who went out in the second qualifying group, registered a fastest lap of 1:23.1444 in Round 1 which placed him third in his group.

The driver of the #18 UNIFIN car then took the track with just under seven minutes remaining in Round 2. While he placed fourth on his second and third laps around the 3.37-mile, 11-turn road course, he was seventh when crossing the timing line on his final lap. Bourdais ended up ninth on the grid for tomorrow’s race with a Round 2 lap of 1:23.1459.

Jones was in the first group to take to the track for qualifying aboard his #19 Boy Scouts of America Honda powered machine. Things were looking good for the rookie as he found himself in second place at the halfway mark of the session. However, despite recording his fastest lap of the weekend with a 1:23.9851 on his final lap, he would end up ninth when all was said and done in his group.

Today’s qualifying session will be airing on NBCSN at 7pm ET tonight on a same-day delay. The the INDYCAR Grand Prix at The Glen will be broadcast live on NBCSN from 1pm on Sunday, September 3, 2017.

Sebastien Bourdais – #18 UNIFIN Honda
“The session is not long enough at this track to do a full run on both Black and Red Firestone tires, so we decided to take the chance and go with the Blacks. Yesterday, we didn’t do so well in practice on the Reds and I was happy with the car on Blacks and it paid off as were able to get in the Fast 12. Unfortunately, I misled the boys a little bit, I thought we would be better than that balance wise but the track picked up grip and we picked up understeer. It’s not because of the tires or anything. I had a pretty good lap just way too much understeer.”

Ed Jones – #19 Boy Scouts of America Honda
“I think we improved the car again. That was the closest we’ve been all weekend. Obviously, it still wasn’t enough. I think we were a step behind. If we had practiced with the car like it was in qualifying we would have been able to take another step forward and maybe be a bit further up but it’s not too bad. Starting 15th, we can work from there and move our way up. It might be a wet race tomorrow so that could make things really interesting.”