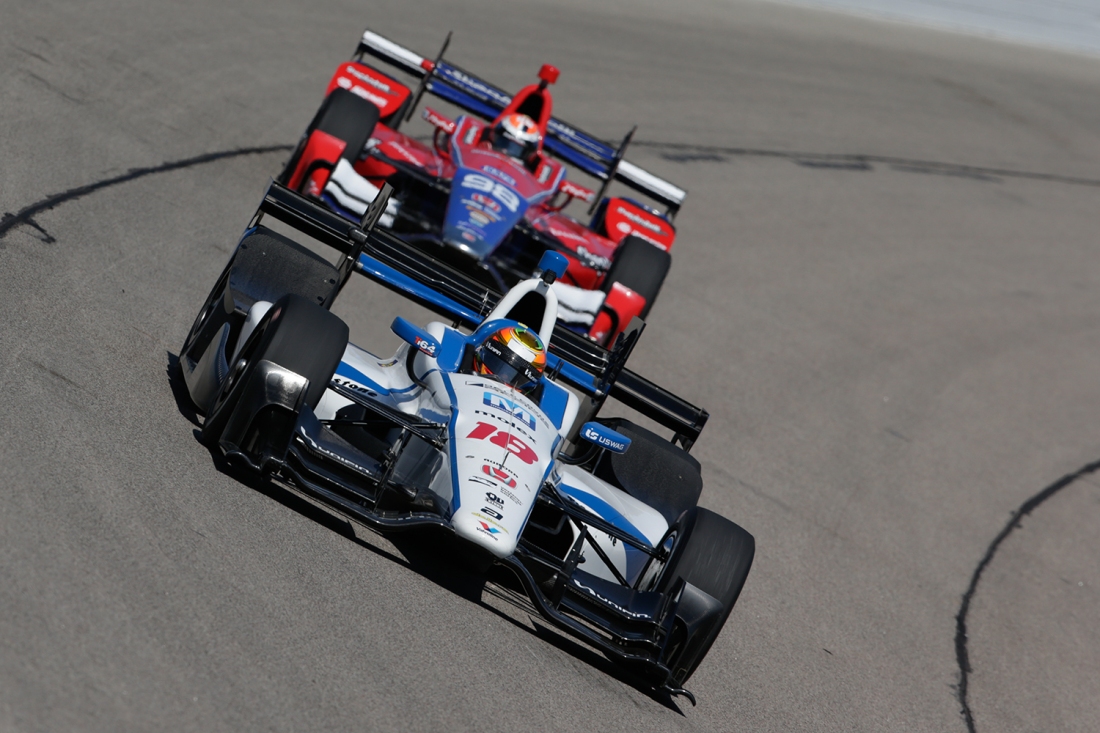 Newton, IA (July 9, 2017) – Dale Coyne Racing’s Esteban Gutierrez finished 13th on Sunday in the Iowa Corn 300 in what was a very impressive oval debut by the rookie driver in a race that saw his teammate Ed Jones finish 18th.

At the start of the race both drivers lost positions with Jones falling to 15th and Gutierrez 20th. However, as he was gaining experience and getting more comfortable with every lap, Gutierrez would continuosly improve his position, climbing to 13th by the midway mark of the race.

That wouldn’t be the end of his climb however as he would go on to pass experienced drivers like Scott Dixon on his way into the top 10. The driver of the #18 Unifin car was sitting eighth when a small shower interrupted the race and after going back to green flag racing with 92 laps remaining, he would run as high second before making his final pit stop.

Following his stop for fuel and tires, the rookie fell back to 14th place but he was able to gain one more spot in the closing laps to cross the checkered flag in 13th position. While he may have only gained five positions from his starting grid, the rookie driver gained immeasurable experience that will help him in future races.

While Gutierrez was making his forward through the field, Jones was struggling with an ill-handling car and had to settle for and 18th place finish.

The Dale Coyne Racing team will be back in action next weekend on the streets of Toronto for the Honda Indy Toronto July 16th.

Esteban Gutierrez – #18 Unifin Honda
“It was really, really fun. It was a very nice experience. Obviously being the first time on an oval, I didn’t know what to expect at the beginning of the race and I struggled to get up to speed, but after a few laps, I got more and more comfortable and I was using my tools in the car to try to handle it in traffic, which is the trickiest part. I want to thank my competitors because they were very fair to me. It was fair racing, good racing and I really enjoyed it out there today. It wasn’t easy with the different lanes and traffic because once you get really close you have a completely different car so you need to anticipate a lot and for that you need a lot of experience. Every time with more and more experience I will be able to anticipate that better but I think today was a really good start. I also want to thank the team because they were really good on giving me all the tools and the information on doing a good job today.

Ed Jones – #19 Boy Scouts of America Honda
“We missed it with the race set up and the car was a handful to drive today. On the positive side, we brought the car back home in one piece. Now, on to the next one.”