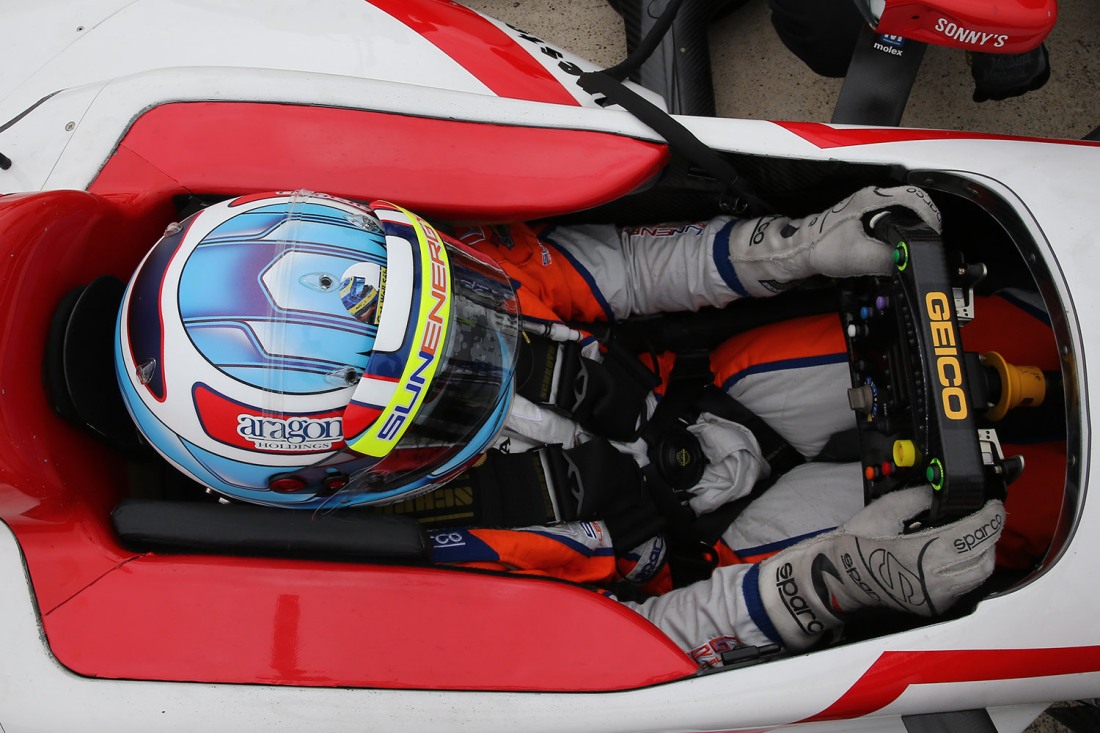 Fort Worth, TX (June 9, 2017) – It had been nearly two years since Tristan Vautier last put a wheel on the Texas Motor Speedway oval, but it didn’t look like it when he took to the track on Friday and qualified fifth for Saturday’s RAINGUARD Water Sealers 600.

The Frenchman, who is replacing the injured Sebastien Bourdais at this weekend’s event, was 16th in line to qualify and he immediately jumped up to third place provisionally with his 221.801mph two-lap average around the 1.5-mile oval.

The driver of the #18 Dale Coyne Racing entry owed part of his qualifying success to his teammate Ed Jones who was second in line to qualify and who provided the team with important feedback following his run.

The team had elected to take a more conservative approach heading into qualifying with a higher level of downforce on their cars. With Jones only registering a two-lap average of 217.315mph the team proceeded to make changes to Vautier’s car, which allowed him to eventually place fifth on the starting grid. Jones will be starting from 19th.

The ninth round of the Verizon IndyCar Series season goes green Saturday, June 10 at 8:45pm ET and will be broadcast live on NBCSN from 8:00pm ET.

Tristan Vautier- #18 Dale Coyne Racing Honda
“To be honest, the car was very good right away going into practice earlier today. It gave me very good confidence to jump in a car with such a good set up. I’m just happy. I’m enjoying it. I was a bit nervous with how it was going to feel for the first few laps but straight away it felt quite good. I have great engineers, it’s fun to work with them. I’m grateful to be here and I’m enjoying the moment.”

Ed Jones – #19 Boy Scouts of America Honda
“I love this track. If anything, this is the most comfortable I’ve ever been on an oval from the get-go. For qualifying we had too much downforce, it was too easy fast which is a bit frustrating. We had limited track time and our team is the only one that wasn’t able to test here in April so we were going into it with a lot of unknowns but I’m confident that we’re going to have a good race car and that’s what’s important for tomorrow.”