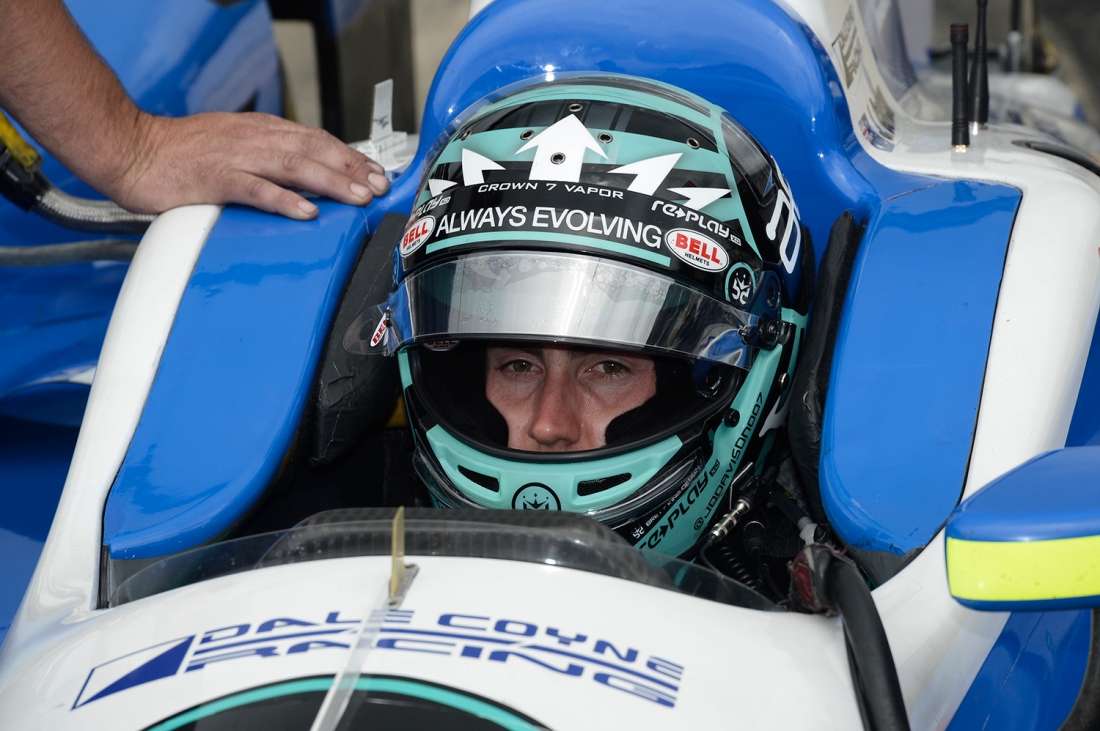 Indianapolis, IN (May 21, 2017) – Dale Coyne Racing announced on Sunday that Australian James Davison will be replacing the injured Sebastien Bourdais aboard the #18 GEICO Honda for the 101st Indianapolis 500.

Davison is familiar with the team, having last raced for DCR at the 2015 Indianapolis 500. He made two other starts with the Plainfield-based team in 2013.

“My thoughts are with Sebastien and Claire Bourdais,” expressed Davison. “This is never the circumstance that a driver wants to secure an opportunity to drive in the Indianapolis 500. With that said, I’m extremely excited and ready to take on this challenge. The prime goal will be to secure a strong result for the team, Sebastien and all our sponsors. I can’t wait to get started.”

Davison will be on track starting Monday for the three and a half hour practice session.

“It’s never easy when you have to replace an injured driver, but the important thing is that Sebastien is going to fully recover from his injuries and we’ll be waiting for him when he’s ready to come back,” shared Team Owner Dale Coyne. “We’ve worked with James in the past and he’s done a good job for us, he’s familiar with the team and knows how we work so it was an easy decision when came the time to find someone to fill the 18 seat.”

The Australian has a best result of 16th at the Indianapolis 500, registered in 2014.

Bourdais was injured on his third lap of his qualification attempt on Saturday, suffering multiple fractures to the pelvis and a broken right hip. He underwent successful surgery for his pelvic injuries on Saturday evening.

In addition to Monday’s practice session, Davison will get a final one hour of practice on Friday, May 26 during Carb Day.

The 101st Running of the Indianapolis 500 Mile Race presented by PennGrade Motor Oil will be broadcast live on ABC on Sunday, May 27 from 11 am ET.