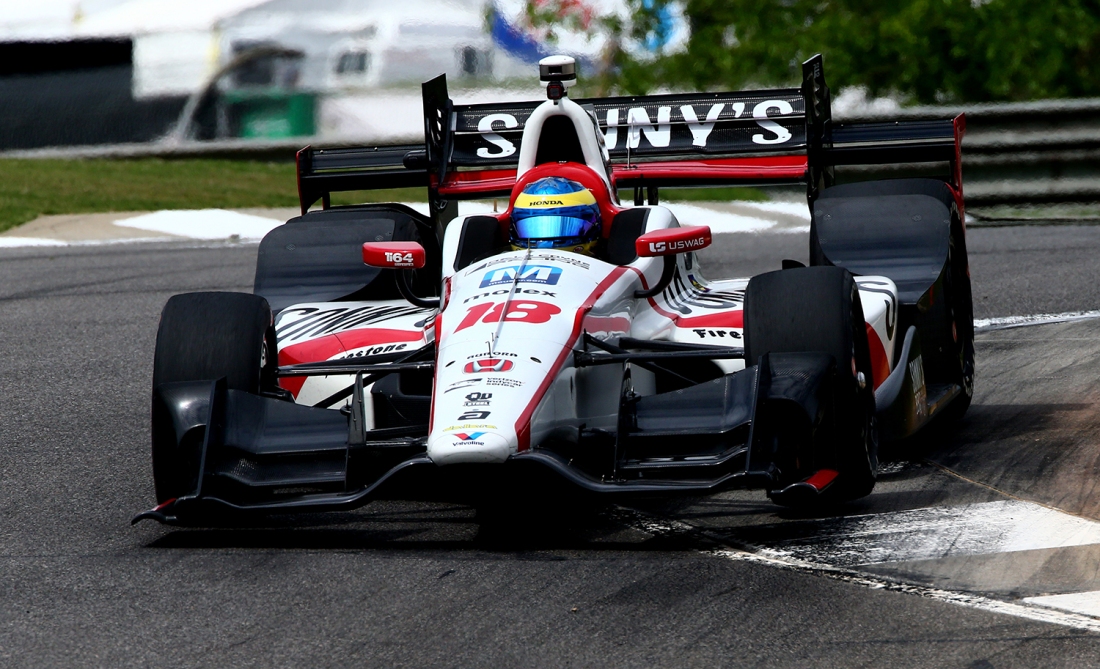 Indianapolis, IN (May 12, 2017) – Dale Coyne Racing had its best qualifying session of the season on Friday with Sebastien Bourdais making it to the Firestone Fast Six for the first time of the season and with Rookie Ed Jones qualifying 13th.

Rookie Jones was up first for the Dale Coyne team in Group 1, Round 1 of qualifying and immediately impressed by jumping to the top of time charts. While the driver of the #19 Boy Scouts of America car spent most of the session in the top six, he would end up seventh quickest of his group with a fast lap of 1:09.0025, missing out on the next round by only hundredths of a second.

As for Bourdais, who went out in Group 2 of Round 1, he started out the session in fifth place and improved his position with each lap, ending up third in the first round with a best lap of 1:08.3497.

In the second round, the Frenchman initially placed outside of the top six for a good part of the session and was sitting in eighth when he started his final timed lap. He would jump up to sixth with a lap of 1:08.3921, ensuring himself a spot in the Firestone Fast Six for the first time this season.

Once in the final round, Bourdais registered one fast lap of 1:08.3973 that placed him sixth on the starting grid for Saturday’s race.

His sixth place on the grid is also Bourdais’ best start at the INDYCAR Grand Prix.

The team will be back on track Saturday, May 13 at 11am for a final warm up ahead of the afternoon race that will be broadcast live on ABC from 3:30pm ET.

Sebastien Bourdais – #18 Sonny’s BBQ Honda
“This is the first time where we were literally a Firestone Fast Six car and we were in the mix. We were in the fight just by being in the middle of the Penske fest. It’s quite good really. I feel that we’re a bit of a minority here with Scott (Dixon) and I being the only Hondas in the top six. So hats off to the boys, and to our Honda tech guy. He did a really, really nice job as well. We found a bit of performance in qualifying. We just did everything we had to do and did it well. It was pretty close, I made a small mistake on that last lap in Q3, I just went for it. So it ended up being a one lap only effort. The guys worked countless hours to build the Sonny’s car back up from what it was after Phoenix, which really wasn’t much at all. They worked every day except Sunday so it’s a big testament to this team, it really has inspiration to roll and not give up, and it’s just a cool feeling.”

Ed Jones – #19 Boy Scouts of America Honda
““In the first two practice sessions we had a few issues which made it really difficult to learn and progress. But we made some big changes heading into qualifying and went close to what Seb (Bourdais) had. That allowed us to make a big jump. I was really close to the Fast 12, by less than a half of a tenth to the two guys in front. So its frustrating not to get to progress through to the next round, but it’s still massive to qualify where we did. Much better than we expected after the two practice sessions.”