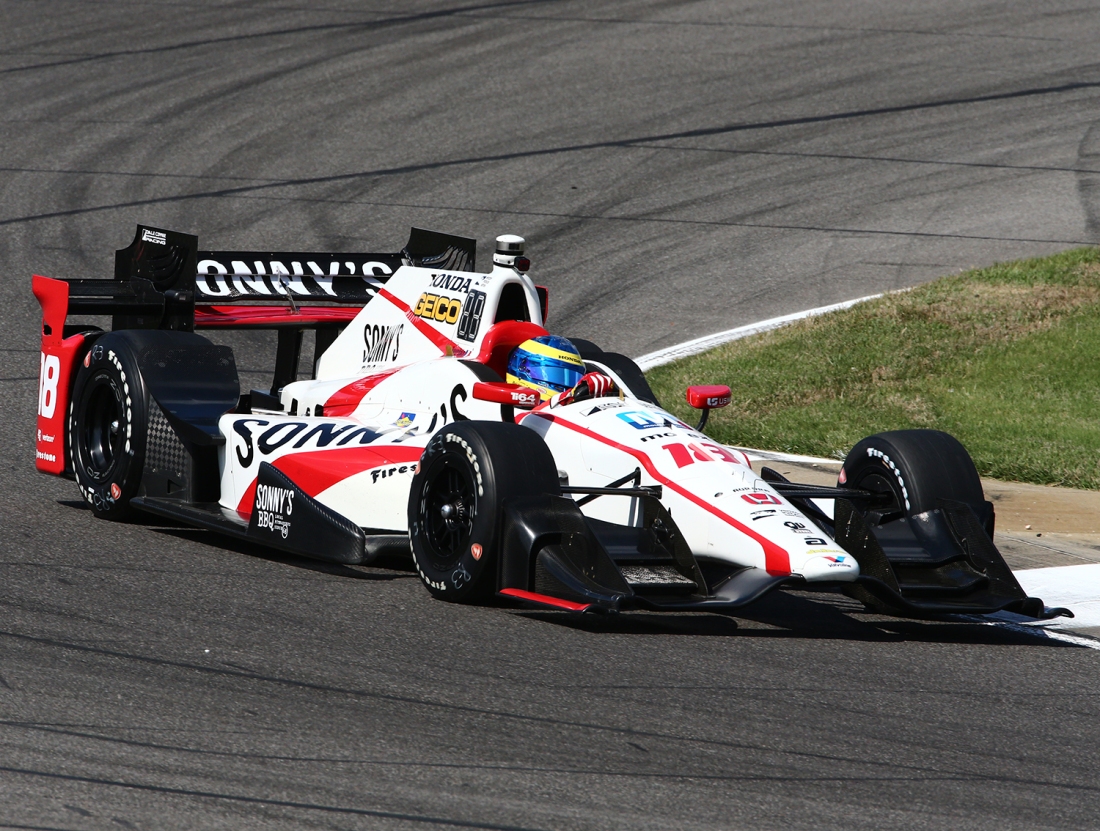 Phoenix, AZ (April 26, 2017) – After racing on two street and one road course so far, this season, Dale Coyne Racing drivers Sebastien Bourdais and Ed Jones are geared up for their first oval race of the season as they head to Phoenix, Arizona this week for the Desert Diamond West Valley Phoenix Grand Prix on Saturday, April 29.

The team had a productive open test at Phoenix International Raceway (PIR) earlier this season with Bourdais placing ninth in the combined test session results and rookie Ed Jones taking the opportunity to gain as much experience as possible on an oval aboard his Indy car.

The trip to the one mile oval will be Bourdais’ second appearance in Phoenix. The Frenchman finished eighth last year when the Verizon IndyCar Series returned to PIR for the first time since 2005.

Round 4 of the season will be Ed Jones’ first IndyCar career oval race. However, the rookie has had success at PIR in Indy Lights, climbing onto the second step of the podium last year. While the England-born Dubai resident has raced under the lights in other series, It will be his first night race in an Indy car.

The team and drivers will not have much time to prepare for the 250-lap event, with only a single practice session taking place on Friday, April 28 from 4:00pm to 6:00pm local time ahead of that evening’s qualifying session at 8:00pm local.

Qualifying for the Phoenix Grand Prix will be broadcast on tape-delay on NBCSN at 7:30pm ET on Saturday, April 29 prior to live race coverage which begins at 9:00pm ET.

Practice and qualifying will be streamed live on racecontrol.indycar.com.

Sebastien Bourdais – #18 Sonny’s BBQ Honda
“We had a good test at Phoenix earlier this year but I do think it will be difficult for us. There’s some pretty strong competition ahead of us that we’ll need to beat. I think that this type of short oval does favor the opposition. We have a kit that works very well on street and road courses but on short ovals, I think it will be a little bit more difficult. Then again, I may be wrong, it wouldn’t be the first time! We’ll see. We’re preparing as if it was any other type of race with the means we have and we’ll do our best and see how we come out.”

Ed Jones – #19 Boy Scouts of America Honda
“I did pretty well at Phoenix last year in Indy Lights and we tested there a couple of months ago so I feel pretty comfortable around the track. I’m really looking forward to seeing how it is racing in the pack, in traffic, because I think that will be the most difficult part. It’s probably one of the most challenging ovals, I’d say, just because of its characteristics. It will be a tough weekend but I’m confident we can do well.”